Thought the shepherd would be back early in the morning, so I was ready to go by 7. There was no sign of him when I left, but I appreciate early starts more now anyway.

The scenery in the Queyras is just incredibly beautiful. A bit like the Appalachians, or maybe the Smokies, but higher and rougher. I can’t get enough of the colors: greens, yellows, browns, and blacks. After stopping for breakfast I passed over the Col des Ayes and down through pines past a “via ferrata” (Italian name for a place to go rock climbing). The whole region is forested, and beautiful mountain rivers run down through the trees. Past the col the path followed a road through a pleasant campground, and then into town at Brunissard. I stopped by the Marie (town hall) for an early picnic lunch, eating the usual bread and cheese and also a few chocolate covered, salted graham-cracker caramels that I’d bought as a treat.

Later on the trail passed by the grassy Lac du Roue and the exceptionally beautiful woods of Forêt du Roue. It was far too early to stop, but I wished I could’ve camped there a night. The trail was really nice for a ways, with many side trails branching off through the trees. A very steep, tough descent on dirt trails leading out of the woods brought me to Châteaux Queyras, a fortified castle perched on a large massif in the middle of a valley, standing tall above a small little town.

The sky looked ominous, but after waiting a while and having a snack no rain came. I crossed a bridge to leave town and headed for a shelter at Col du Fromage; the trail was rough and made some big climbs, very steep at times, back up through more woods but with occasional great views back down to the valley.

As I got nearer to the col the weather turned, first fog then rain, and for the first time on the trip I got caught out in a storm. When it was a light rain I started walking quicker, but then it started to really come down and I ran (as best as I was able) up the col to the shelter, wind nearly blowing my pack cover off. The shelter turned out to be just a lonely concrete room with no door and an open-air window. It wasn’t much for warmer but at least I was protected from the rain. 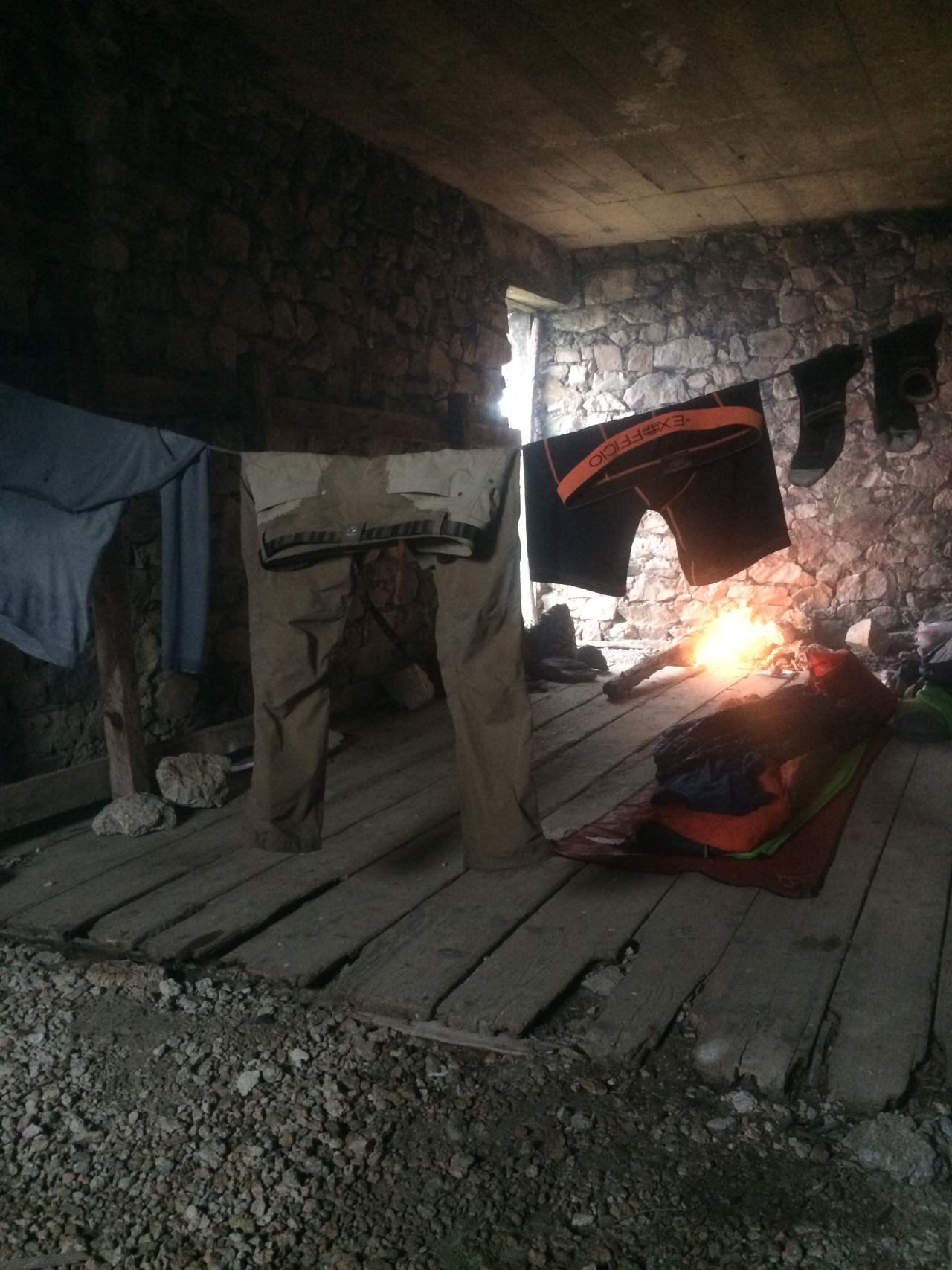 I changed into dry clothes and hung up my wet pants and shirt, then scraped together a few drier pieces of wood from inside the shelter to make a fire—I got it going, but with no chimney I only managed to smoke myself out again. The wind drafted through the window and out the door, clearing the smoke but also making it quite cold, so before long I bundled up inside my sleeping bag and went to sleep, hoping for better weather in the morning.