No breakfast in the morning. The bugs were still terrible, so I figured I’d head for the col (Col de Barteaux, after Col de Granon) and have something there. There was supposed to be a café, but when I reached it the place was boarded up. I found a fountain for water and sat on a rock, made some coffee and ate my granola, looking down into the valley at the various towns around Briançon. The bugs were bad there too, flies and mosquitos and those little black crawly ones with the thorny tail. Sometimes it’s not so nice to have to be out in nature, when you just want a café with good coffee and a pile of pancakes.

The 5C variant climbs straight up the nose of La Grande Peyrolle, some 2500m high. I had already climbed to above 2000m at the lakes, so it was actually pretty easy to finish the ascent. The path made tight little zigzags up a rocky face to reach a crest, then followed peak to peak along a thin ridge on the Serre des Aigles, the mountain falling away steeply to either side. Had to use my hands to climb a few times, and some parts were very exposed, looking down at the sheer drop of the mountainside. It felt a bit like a line from a Brett Dennon song: “walking on a tightrope on a razor’s edge,” and reminded me of the Crête des Gittes back after the Col du Bonhomme, but multiplied a few times. Along the way I passed a pair of crosses, one draped in Tibetan prayer flags. The views stretched far and distant in all directions. 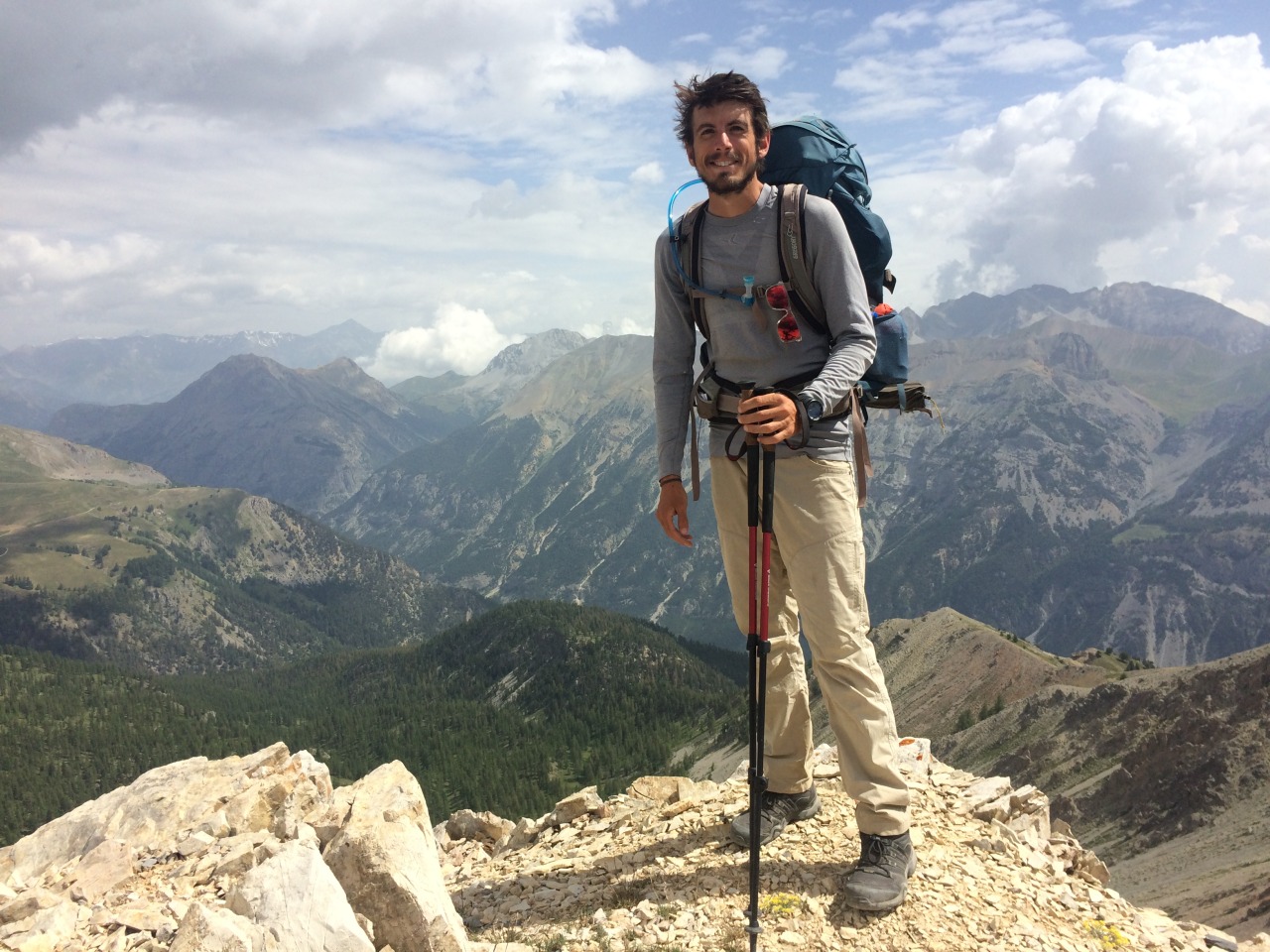 After the last crest was a very, very steep descent, basically straight over the edge on jagged rock. I took my time, stepping carefully, as the path was full of loose rocks and each step down was a big movement. Eventually the jagged rocks gave way to a gravelly trail, in turn giving way to a forested path as I continued to descend. I stopped for a small lunch at the ruins of a block house, eating the last of my bread and cheese. Inside, people had written their names in charcoal, and I signed mine alongside the others.

I followed the trail the long, long way down into Briançon, all the way out of the mountains and into a valley again. The trail downhill was a really nice forest path, well built and nicely graded, but it seemed to take forever to reach the city since I was coming from so high up. A woman asked me in Italian how long to the Croix du Toulouse and I did my best to respond, guessing about 30 minutes (“mile, mile and a half”).

Finally I reached Briançon, a beautiful medieval city with forts all around and with walls and a moat surrounding the old town center. Classic French music, with an accordion and female singer, drifted through the air from out someone’s window; a man played the harmonica on a street corner beside an arched gate, and I wandered a while down narrow, cobblestone alleys past small shops, restaurants, and galleries. 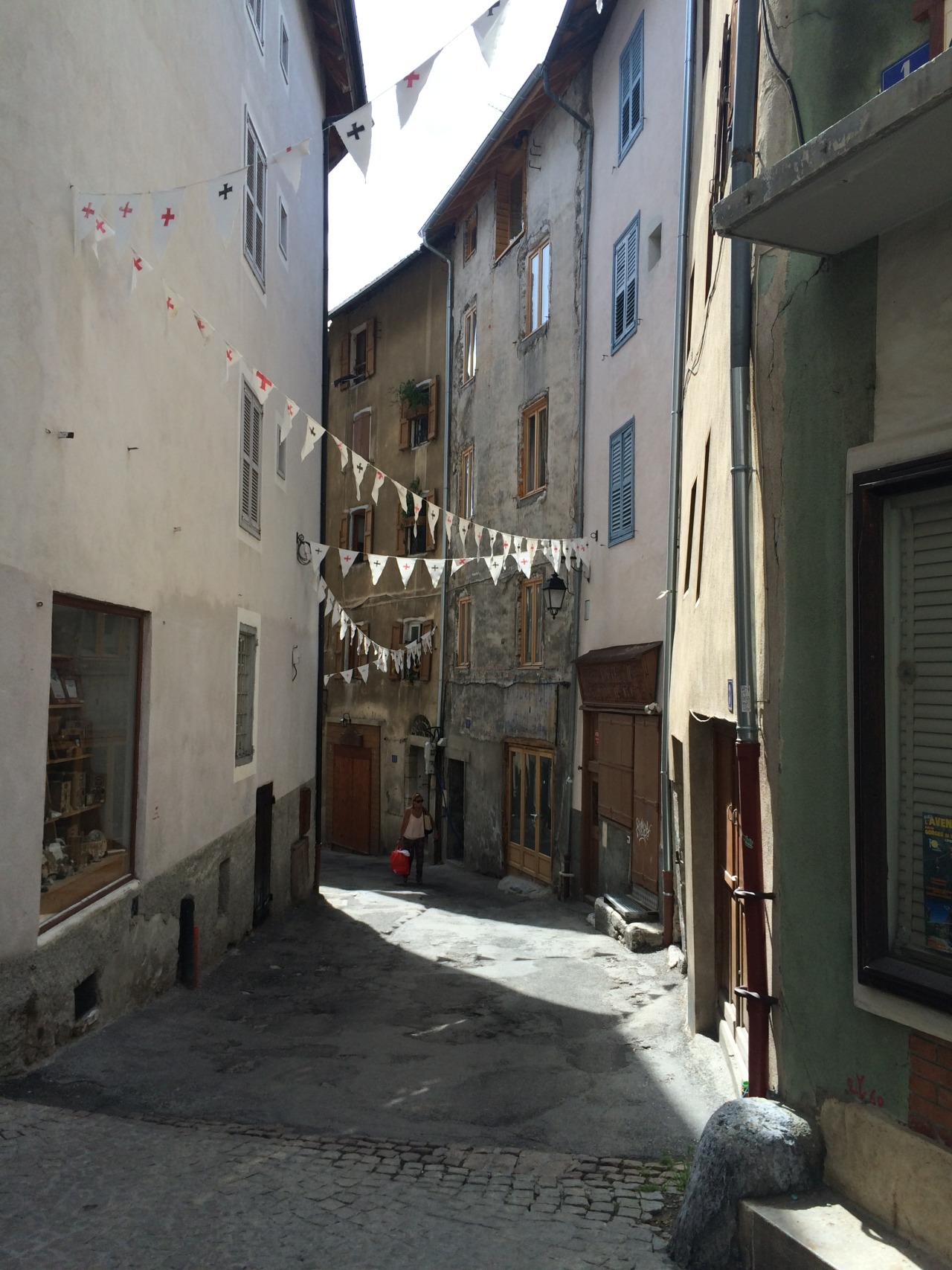 I had a big pizza for dinner at an Italian restaurant called “Mamma Mia!”, and it was fantastic. I telling you: really, really good. 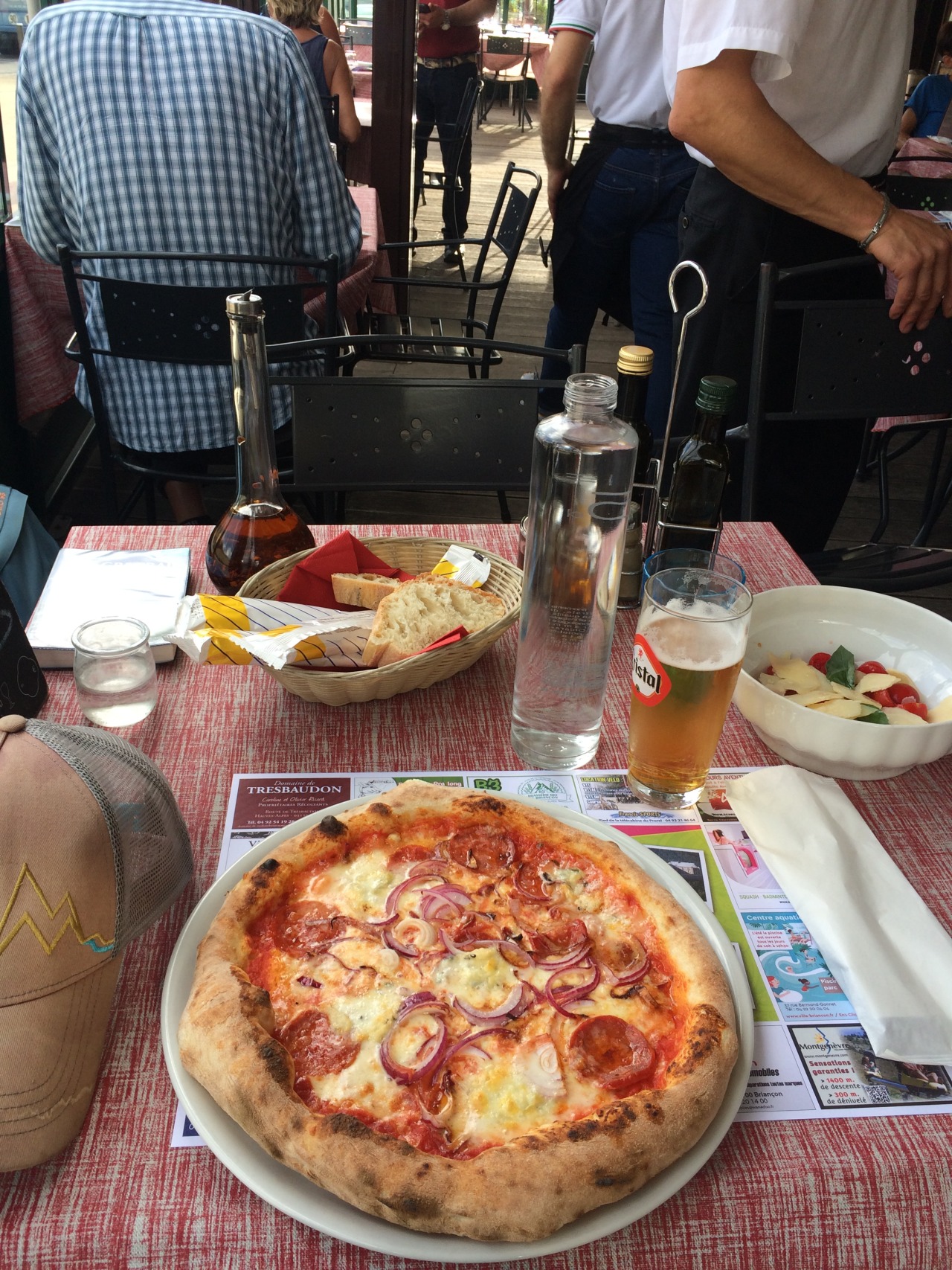 Afterwards I went for dessert at an artisanal gelato shop that had dozens of flavors. Normally I go for dark chocolate, coffee, hazelnut or pistachio, but for this place I decided to try some others: I got three big scoops of tiramisu, snickers, and oatmeal cookie. Om nom nom nom. 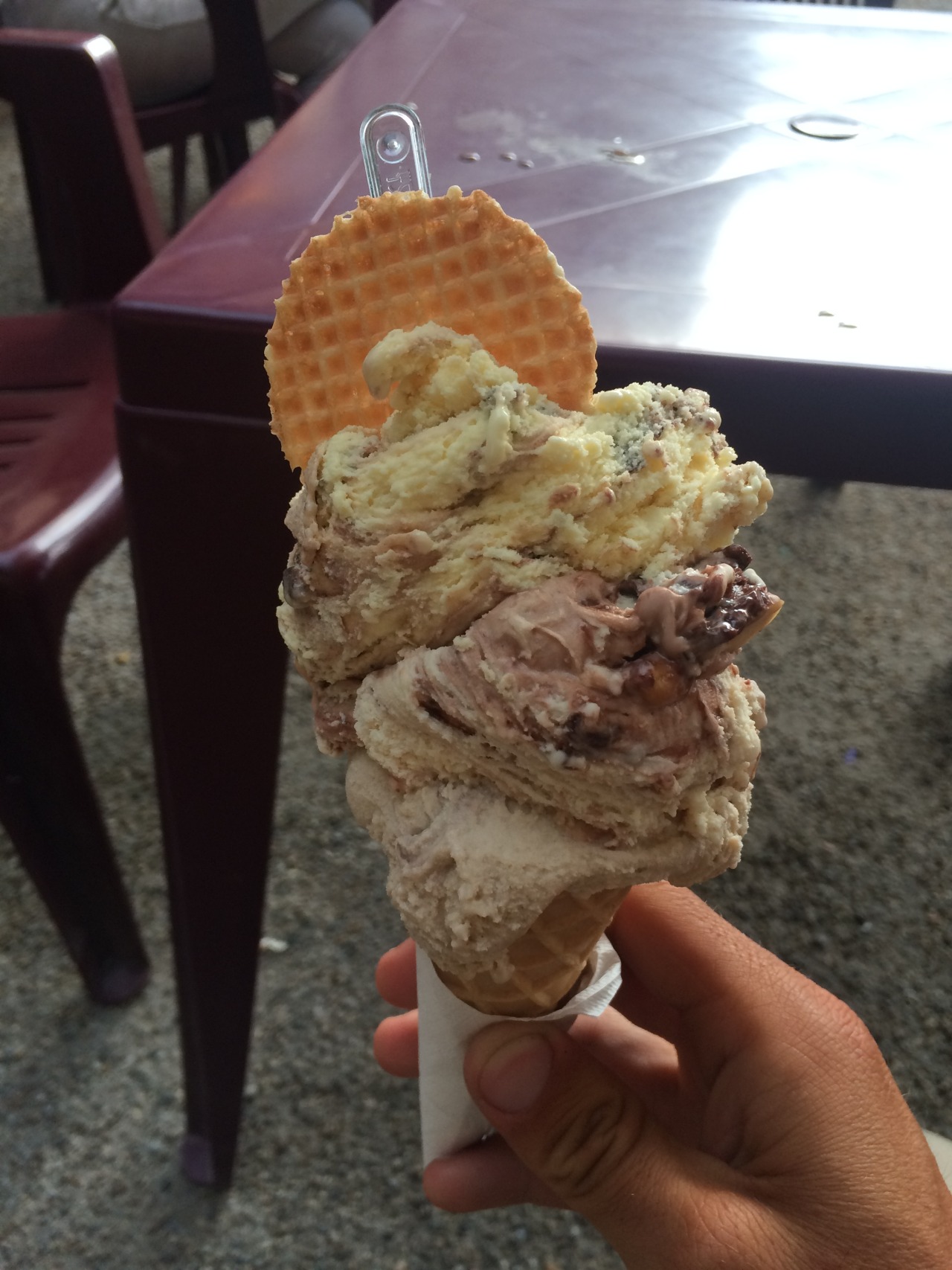 I didn’t leave town till after 11PM and ended up camping in a relatively strange spot just off the path but still in the city limits. Had to walk in the dark again, using my headlamp to find a decent spot. Cities mess me up like that: I get caught up in the bustle of restaurants and shops and end up having to camp in weird spots on the outskirts of town. Anyway, it was fun to be in the city for just a little while.