After days of rain, this was a hot day with a lot of road walking. Not the best trails.

At my shelter on top of the mountain I made a coffee and had a good breakfast, enjoying fine views in the morning light. The descent back down from the summit felt like walking on the moon: my shadow stretched long over powdery, loose grey shale. For a momentI did some back of the envelope calculations to see what percent of the way I’d walked to the moon. Not even close. 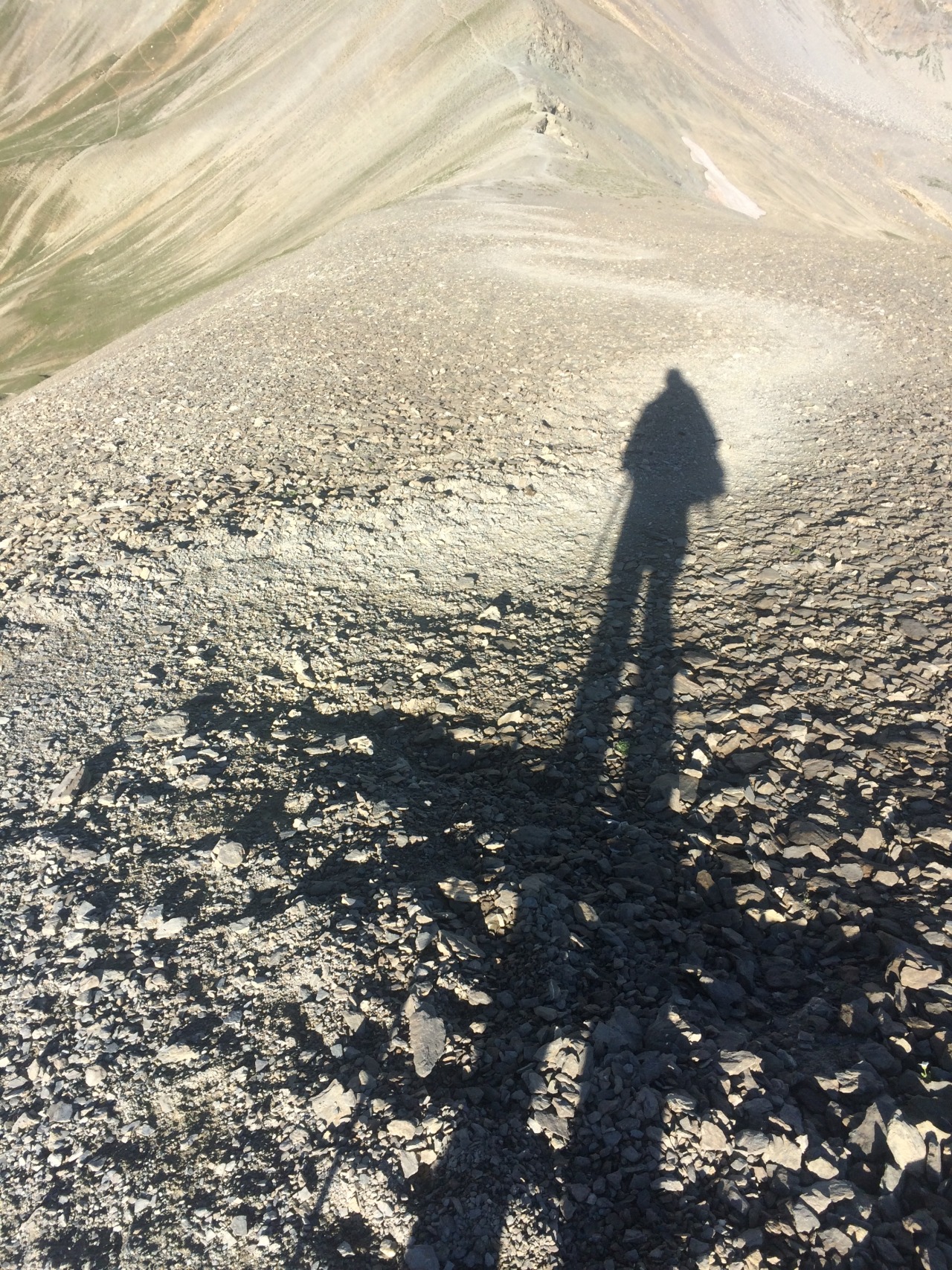 Made it to La Barge after a long and winding descent, hot in the sun. I was wearing my pants and long sleeve since the summit had been colder, so I stopped in the crumbling little village to change into shorts and a t-shirt. The way alternated between roads, fields, and a nicer path beside a river, the trail slowly making its way down through and across a valley. In the distance was Le Pont Châtelet, a magnificent stone bridge arched a hundred meters above the river and I thought of how cool it would be to cross it; then the trail went right up and over the bridge! I stopped for snack (the other quiche) and to enjoy the view. 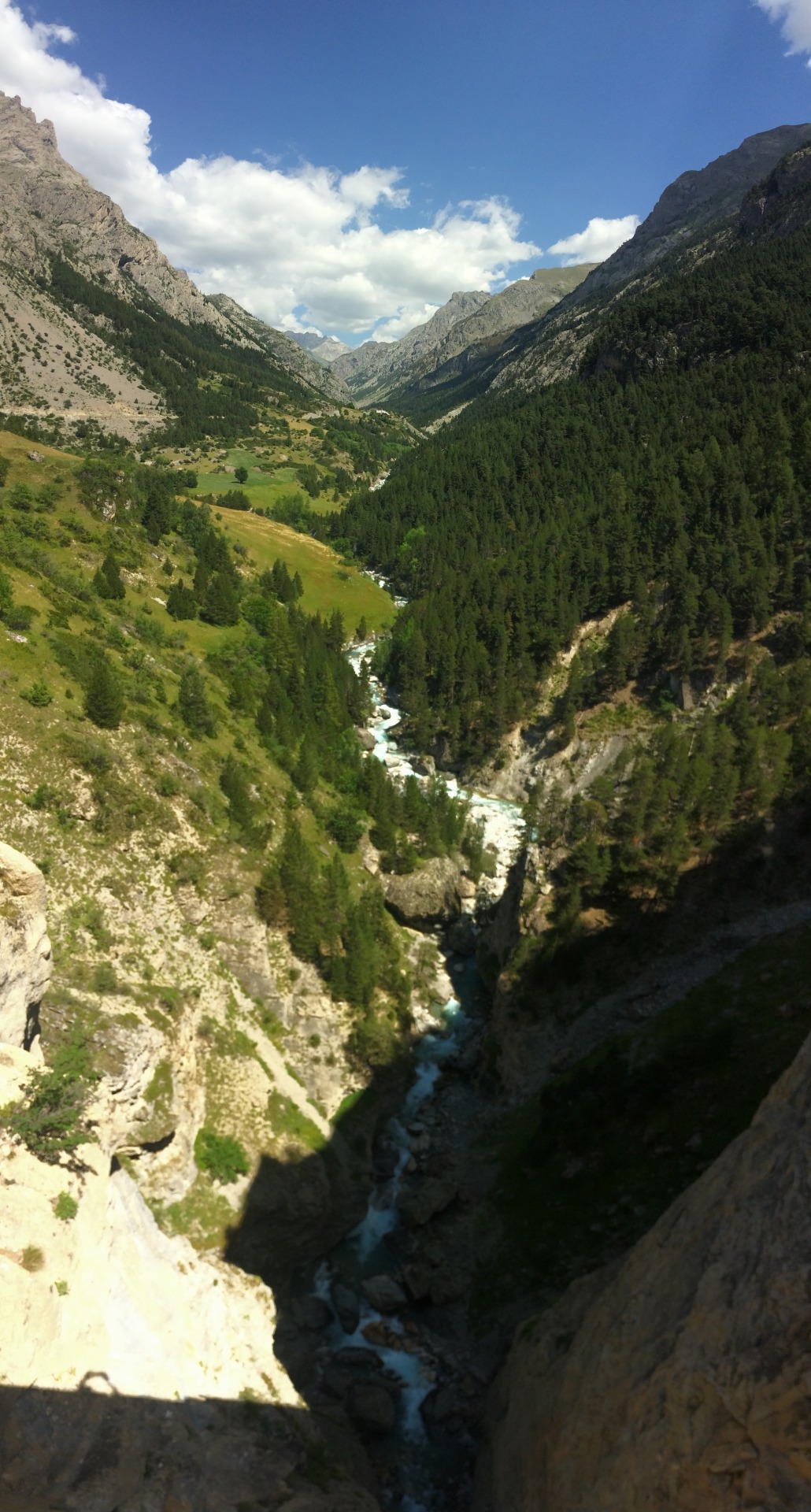 After the bridge was a sweaty climb to Fouillouse where I stopped for big picnic lunch and a beer—the local brewery is called La Sauvage, and the brown ale was quite strong. I took a long rest, feeling tired. The heavy pack was taking its toll.

Made a late hike past Col du Vallonette, headed for the lake just beyond but finding it dried up. At one point I went over a hill and a half dozen marmots cried out and scattered. Probably interrupted their evening poker game. I set up camp late, just before Col du Mallamorte, finding a small spot on a bouldery hillside, stopping before the way got really steep. 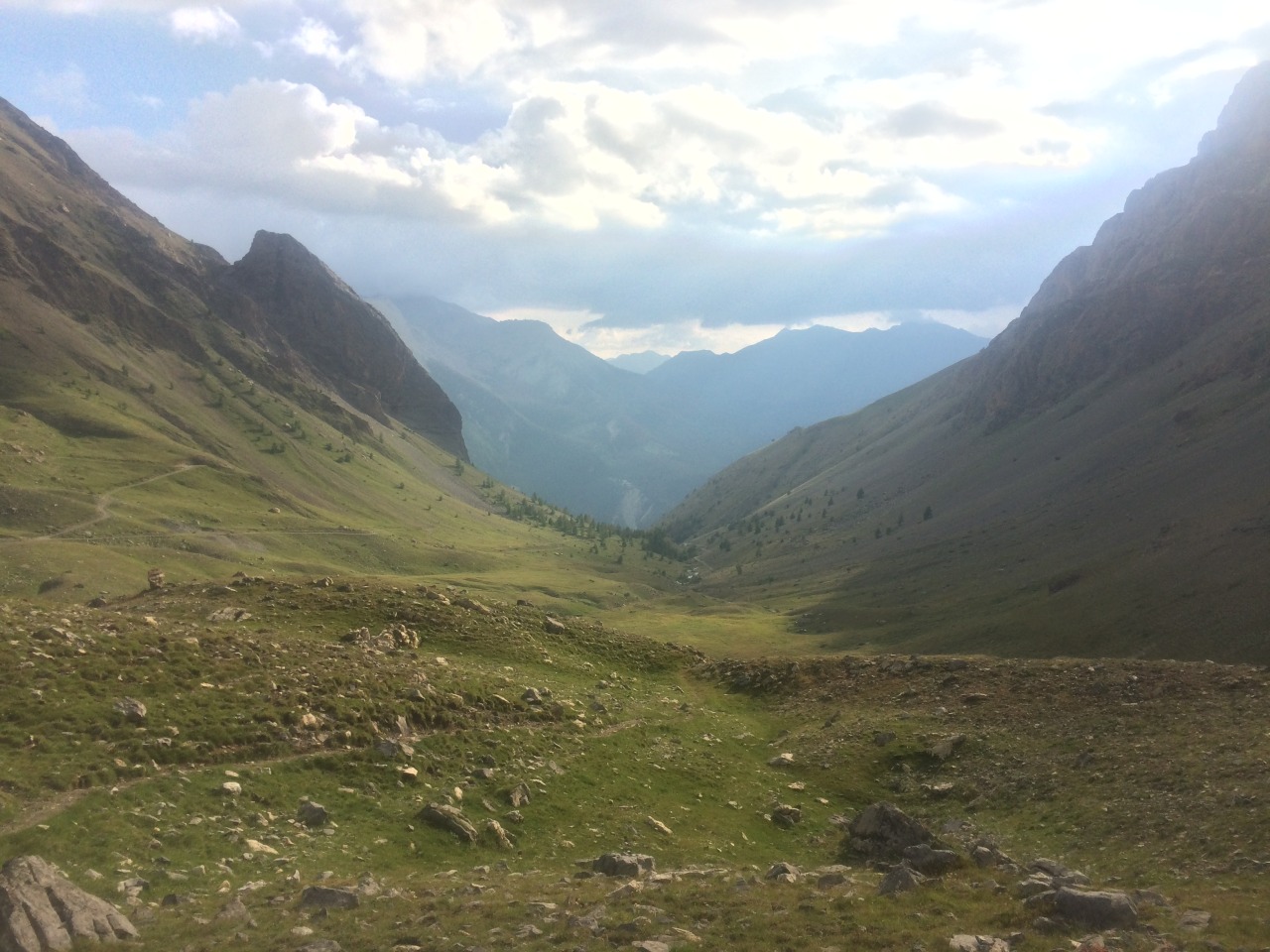 More rain clouds had shown up in the evening, but for a while I had a fine view to a valley.