Today was all about the Vallée du Merveilles. There was a pair of cols to get there, harder and steeper than I’d figured and made more difficult because I wasn’t allowed to use my poles. The valley is a protected archeological site, with thousands of rock carvings dating back to the Bronze Age (40,000 years ago!) Poles are prohibited to protect the rocks from damage. Only a few carvings are seen from the trail (you can hire a guide to see the others), but the landscape is sight enough itself.

Before reaching the valley though, I had to first climb the rest of the Pas du Mont Colomb and down the massive scree on the other side. It was as rugged and rocky as the trail had ever been. For a while there were practically no markers at all: you had to route find across the rocks, connecting the dots between only a few, far apart cairns. Slow and steady progress over big rocks, steep drops.

I stopped at the Refuge du Nice afters few hours walk; the refuge is perched beautifully on a small outcropping above a large, dark reservoir. I had a coffee and waited for lunchtime, finally ordering a spaghetti bolognese. When I had finished eating and was on my way out, who should I find sitting there but Mika again—I laughed, because he’d only managed to stay in St. Dalmas one day before hitting the trail again.We walked together leaving the refuge. Only three days left, and it’d be nice to have someone to finish with in Menton.

The way to Col du Baisse was a rough climb up another rocky col, and without my poles I really felt every step. You don’t know how much they do for you until you spend a few hours without them.

I climbed fast though, and Mika nicknamed me “fastlänger.” He would take smoke breaks at the top of each col, so I joked that it was his fault the fog was still hanging around blocking any views. His voice was strong as a giant’s, and whenever he talked it boomed across the space between the mountains. 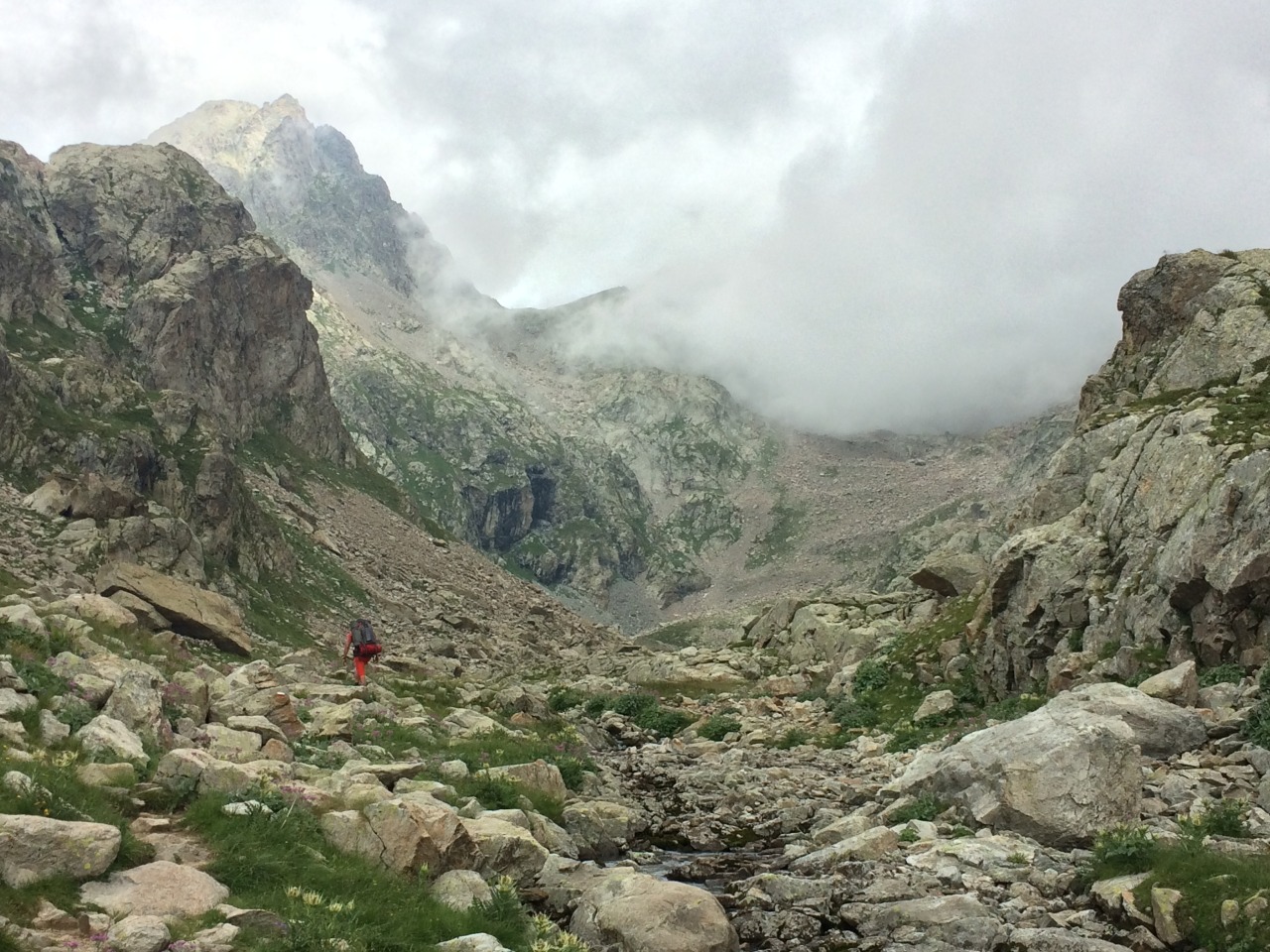 Past the col we made a rocky descent (hard for the knees) down past Lac du Basto, another reservoir that was quite large and resting beautifully at the base of a few mountains. We paused for a snack while looking over the lake, then threw on our packs again and climbed up one last col.

Finally we entered the Vallée du Merveilles, where rocks were pastel shades of purple and green. Big smooth rocks like boilerplates stood alongside the trail, streaked with emerald green or white-pink pressure veins. It was a foreign landscape for sure. 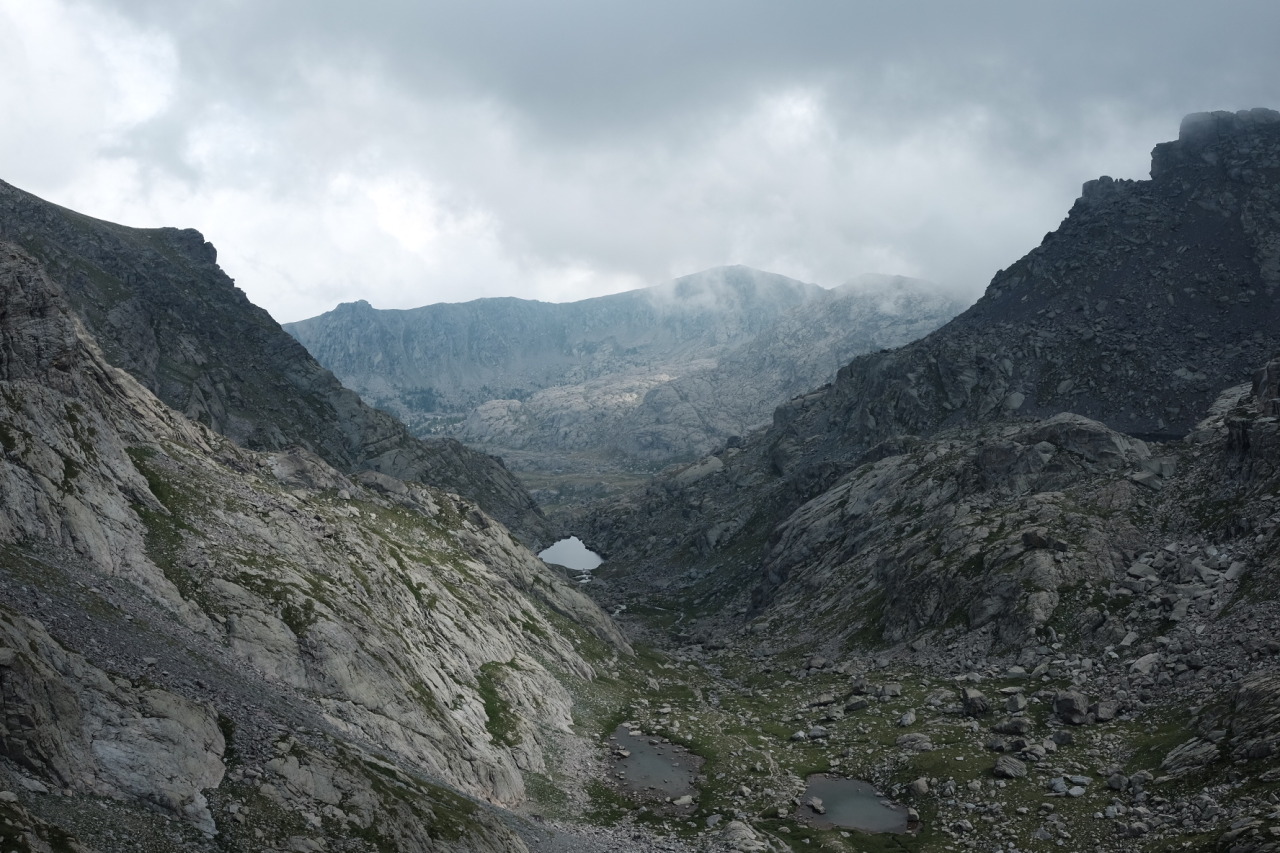 A guide (who seemed to be working as a guard) pointed us in the direction of Le Crist, one of the carvings you can see from the trail. It was only the size of a handprint; a 40,000 year old mark. 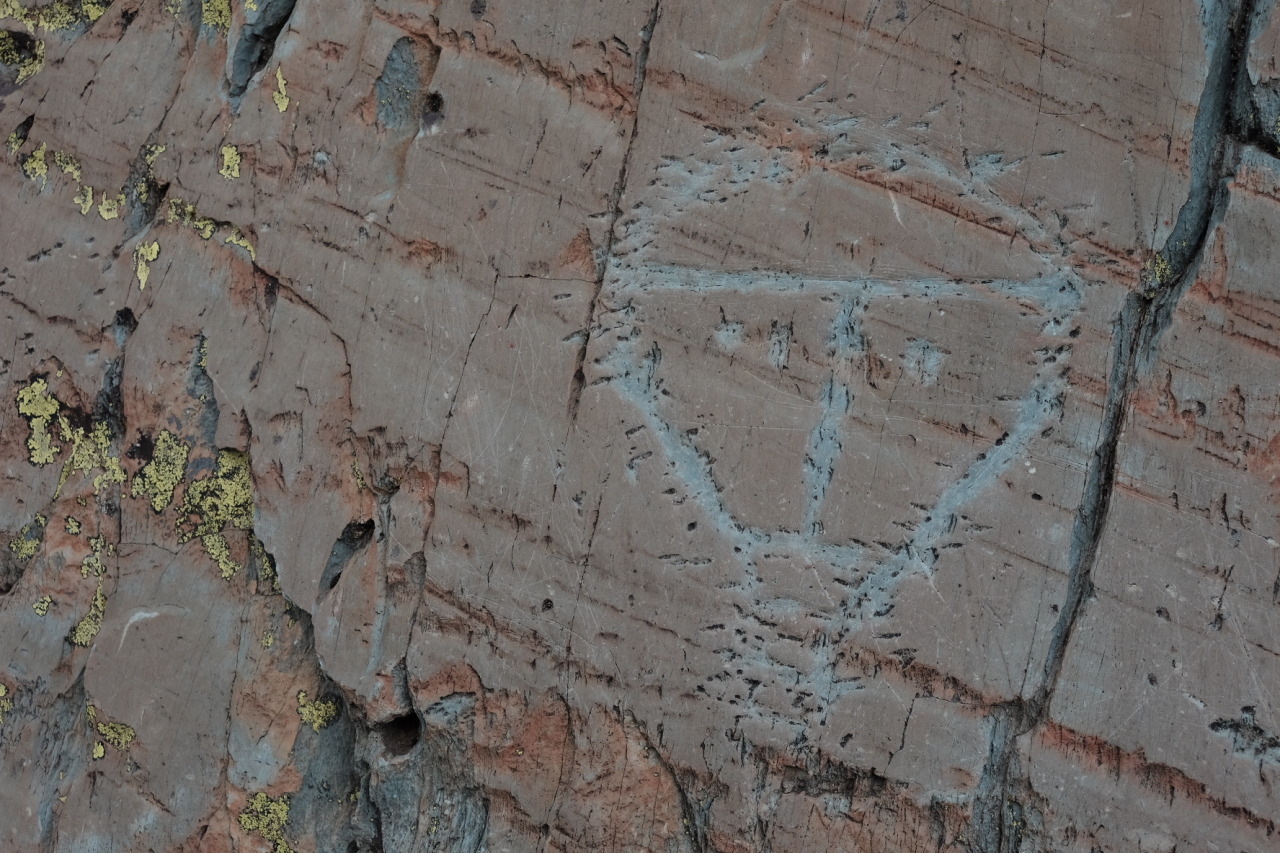 We camped at the bivouac site beside the Refuge de Merveilles. Even though it was the middle of the week, the place was packed with people: hikers and tourers staying to walk just around the valley. There wasn’t space for us to eat in the refuge, so Mika made some macaroni pasta and we used the cheese and bread I had.

The sun set on the valley and mountains around. Here, I knew, was my last campsite in the mountains.