Less than a week left now. Hard to believe.

I stopped for a long breakfast at the top of Col du Crusette. Had a coffee and watched the sunrise over the mountains, layered blue in the distance. I was looking out toward the sea, and the sky did look more blue even if I couldn’t see the water. 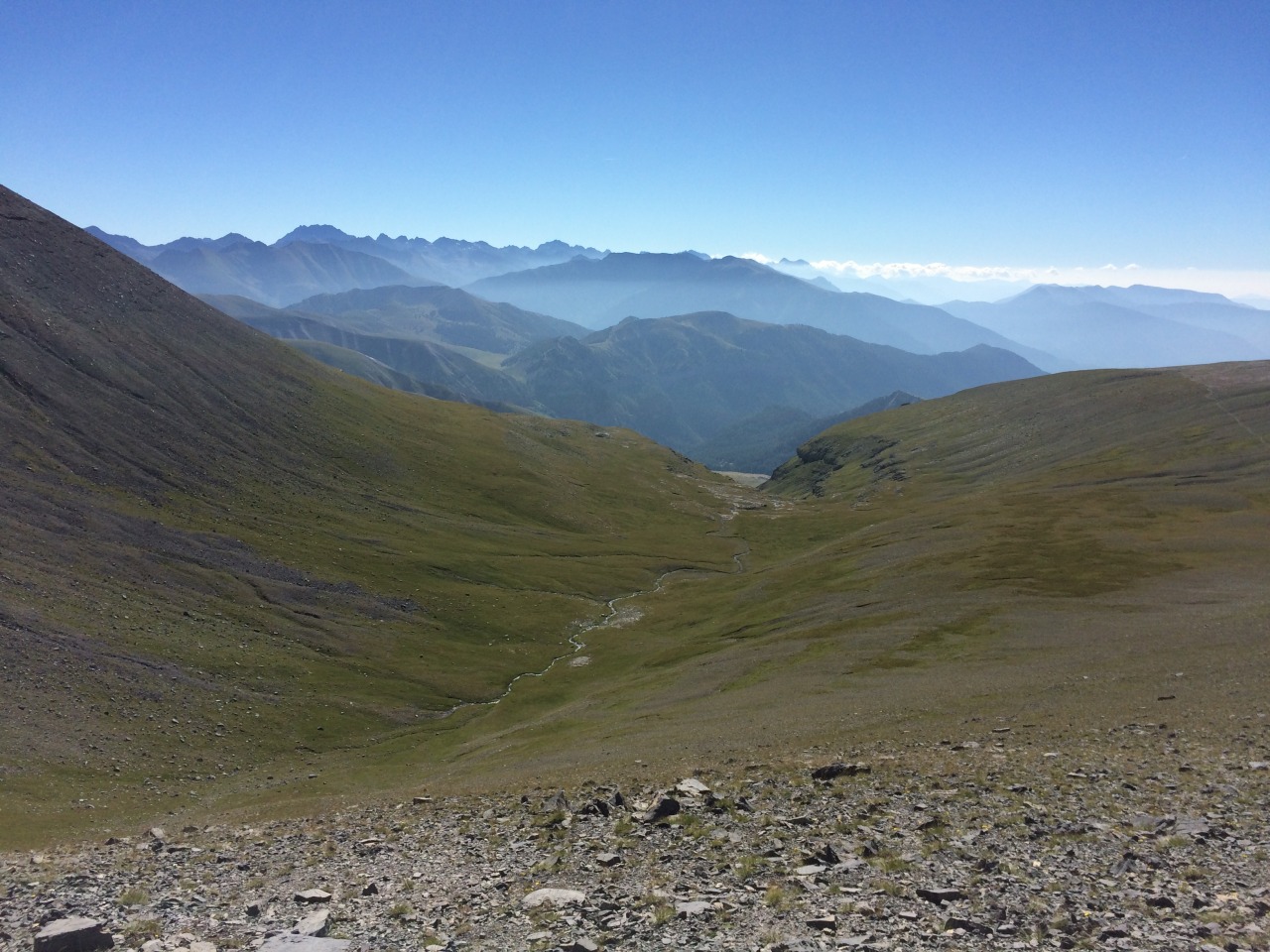 This day was one very long, very hot walk. Maybe the trail would be nice at a different time of day, but because of my long breakfast I walked mostly through the afternoon and it was terrible. The path down from the col was barren and rocky, crossing a large round col that had no vegetation at all. It descended steeply into a valley where the landscape became more desert like. I was getting closer to the sea, that was clear. Dry and dusty brown rocks, long boring fields, low foothills of mountains. I marched on, intending to stop for lunch at the Refuge du Longon some hours ahead. When I arrived, I found that they didn’t serve lunch! So I just bought a beer and had my usual bread and cheese and sausage.

In the middle of another long descent past a few small towns, there was a cherry tree beside the road. You bet I ate some.

Walked on a purple slate road into Roure, a charming little town that unfortunately had nothing in it. It would’ve been a beautiful place to stop for dinner, with a view of the forested valley below. Instead I kept on walking down, at one point making a time-consuming mistake down the wrong trail. Left an “X” mark so the next person would know not to turn there as I had. (“X” is the GR symbol for “not this way!”). 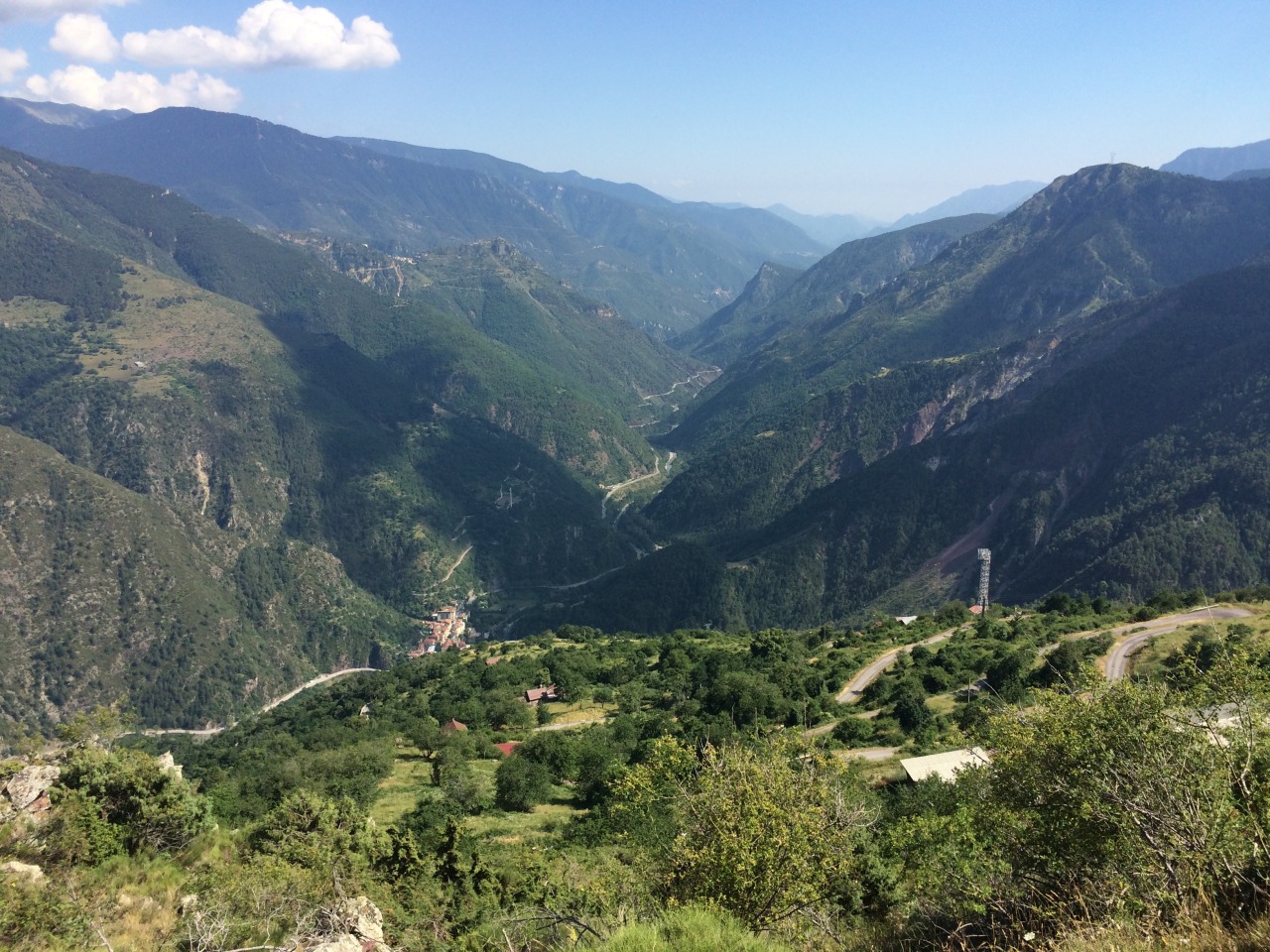 When I finally reached St. Saveur in the bottom of the valley, I was dripping in sweat. I went straight to the fountain, dropped my pack, and dunked my head under the water. It really feels so great after hours in the sun.

I sat by the Marie for a little while, cooling down and resting in the shade from the long day. Another hiker walked in and sat on the bench across from me and I recognized him from earlier in the day. Yves and I ended up having a beer and then a good dinner in town. He was hiking the GR5 and soon would change to the 52A, a shorter version of the variant I was planning. We both agreed that it was getting harder to want to carry much on these last days; nicer to just pay a bit for a meal someplace.

We camped late on a grass field just in town by the river. The church bells kept ringing on the hour all through the night, twelve loud chimes at midnight. At this low elevation (less than 500m) it was still hot and humid well after dark. No rain at least, so I could sleep with the tent uncovered.