After two days walking along the Doubs, I was ready to be out. I hadn’t passed through any towns or seen many people, just the river and the trail, rocky and tree-rooted and green and white. 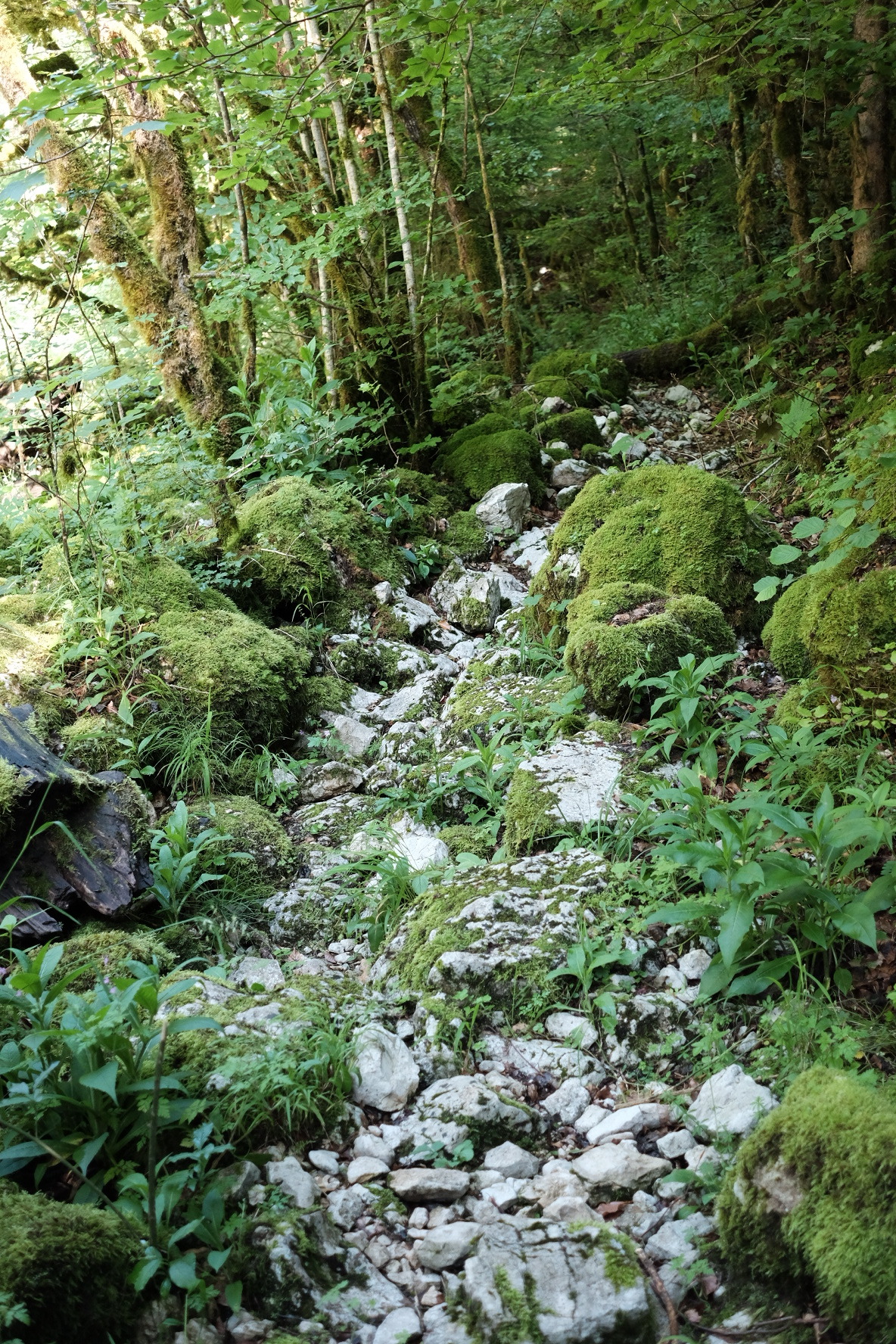 I left the cabin early and set out determined to reach the larger town of Villers-le-Lac, some 20km. I needed to resupply on food and wanted to spend a night in a gîte to recharge mentally and physically—and to call home.

I walked quickly, crossing over a few more fallen trees and past a couple hydro-electric dams of increasing size. The walking was easy, without many climbs and over good trails.My shoes did get a bit muddy at one point. 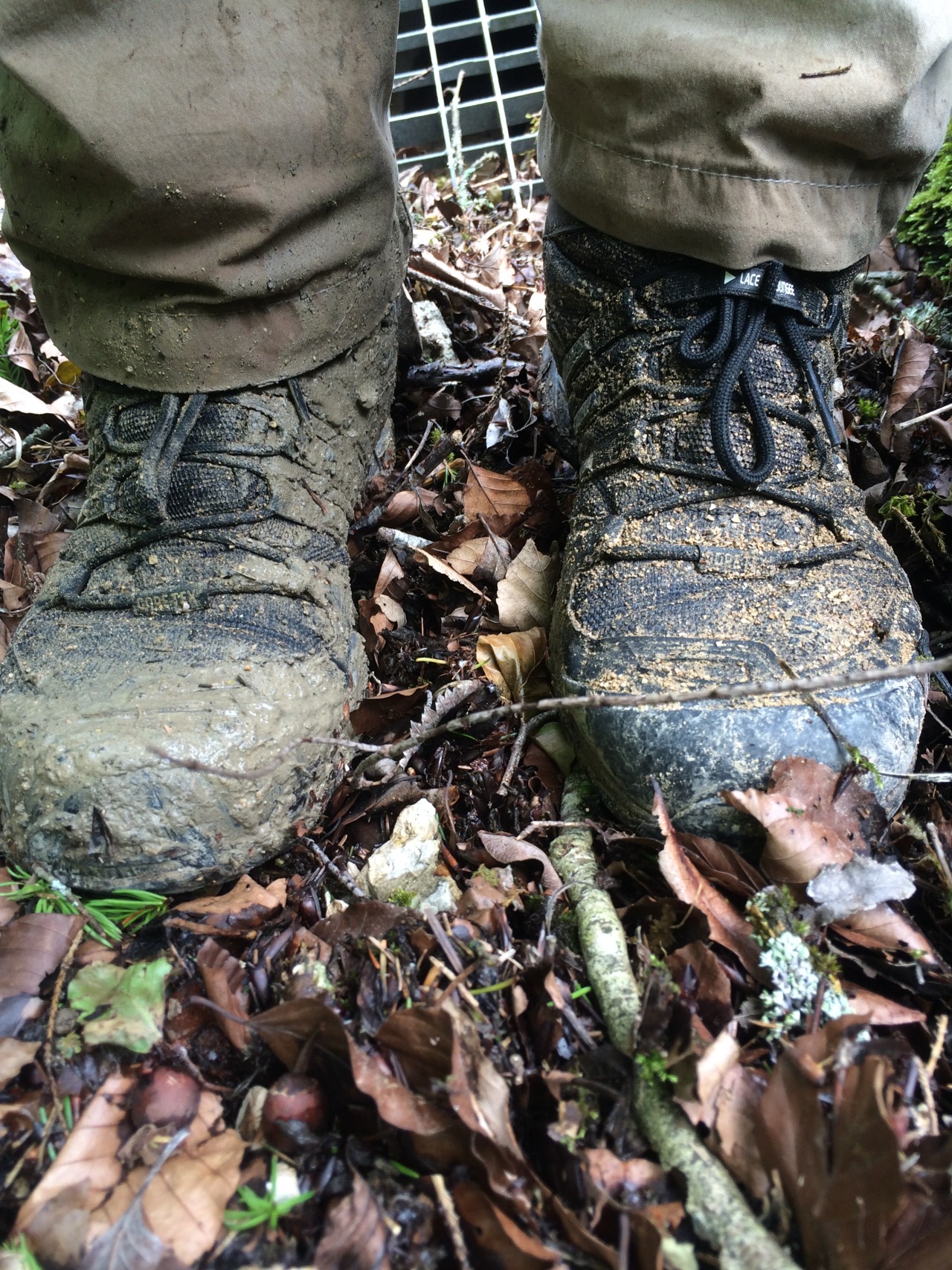 In the afternoon I stopped at Saut du Doubs, a larger waterfall and national site in France. It was quite a view since the rain from the past few days and weeks made the falls even stronger and bigger than usual. Reminded me of the Grand Canyon of the Yellowstone from my hike last fall. 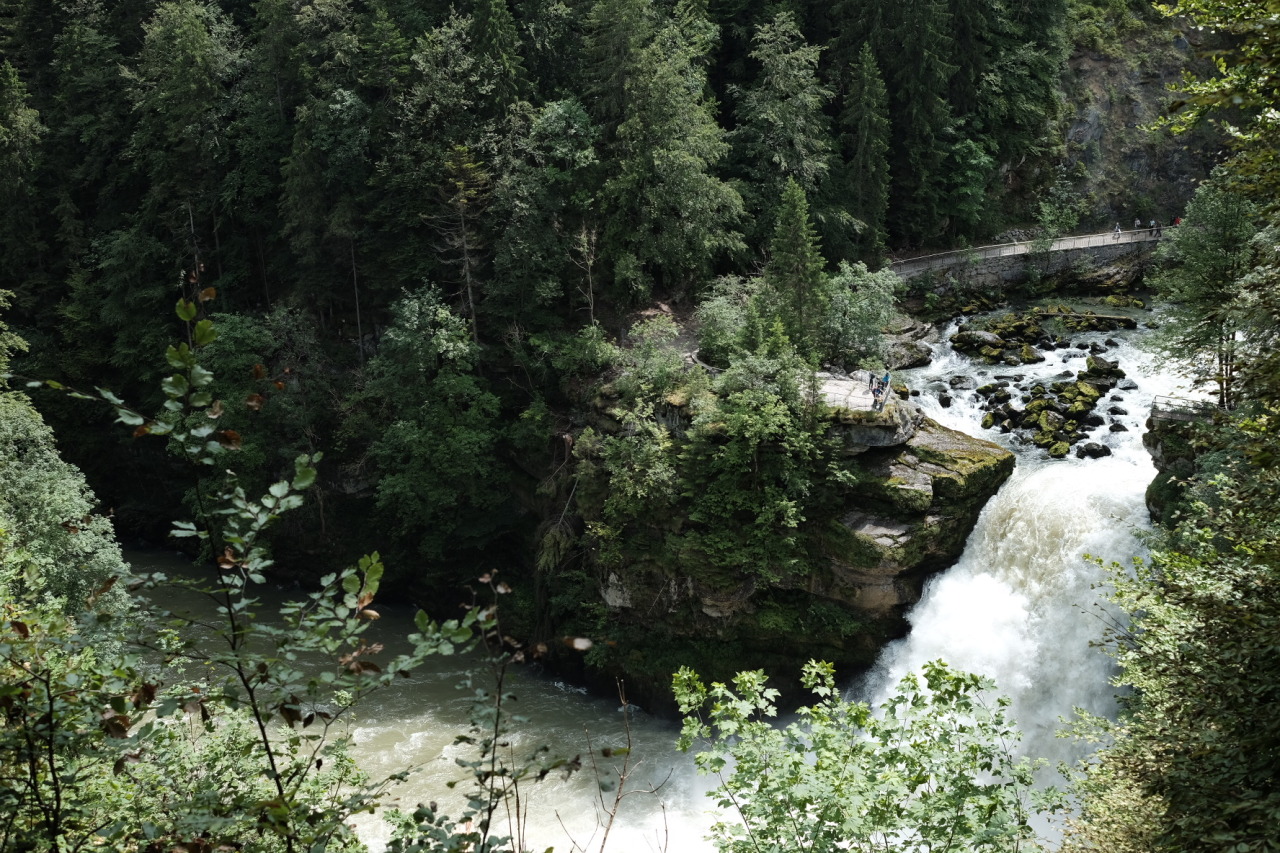 I walked on, hiking out of the Doubs by way of a path carved out if the cliff side that took me to an access road for the nature reserve. The roads into Villers-le-Lac were paved, first partially so with gravel and then hard pavement took over closer to town. After passing beside the lake, which had a nice view, it was nearly two hours of paved road walking with only houses and municipal buildings for scenery. I don’t recommend walking into cities.

It was a Sunday, so everything was closed except one bakery. I stopped in and ordered a coffee and “sable du coco,” expecting a chocolate-sided cookie. When I opened the package I realized “coco” was coconut, not cocoa. Still quite good. I had a second coffee after the first, and this time made sure to ask for the cookie with the chocolate side. 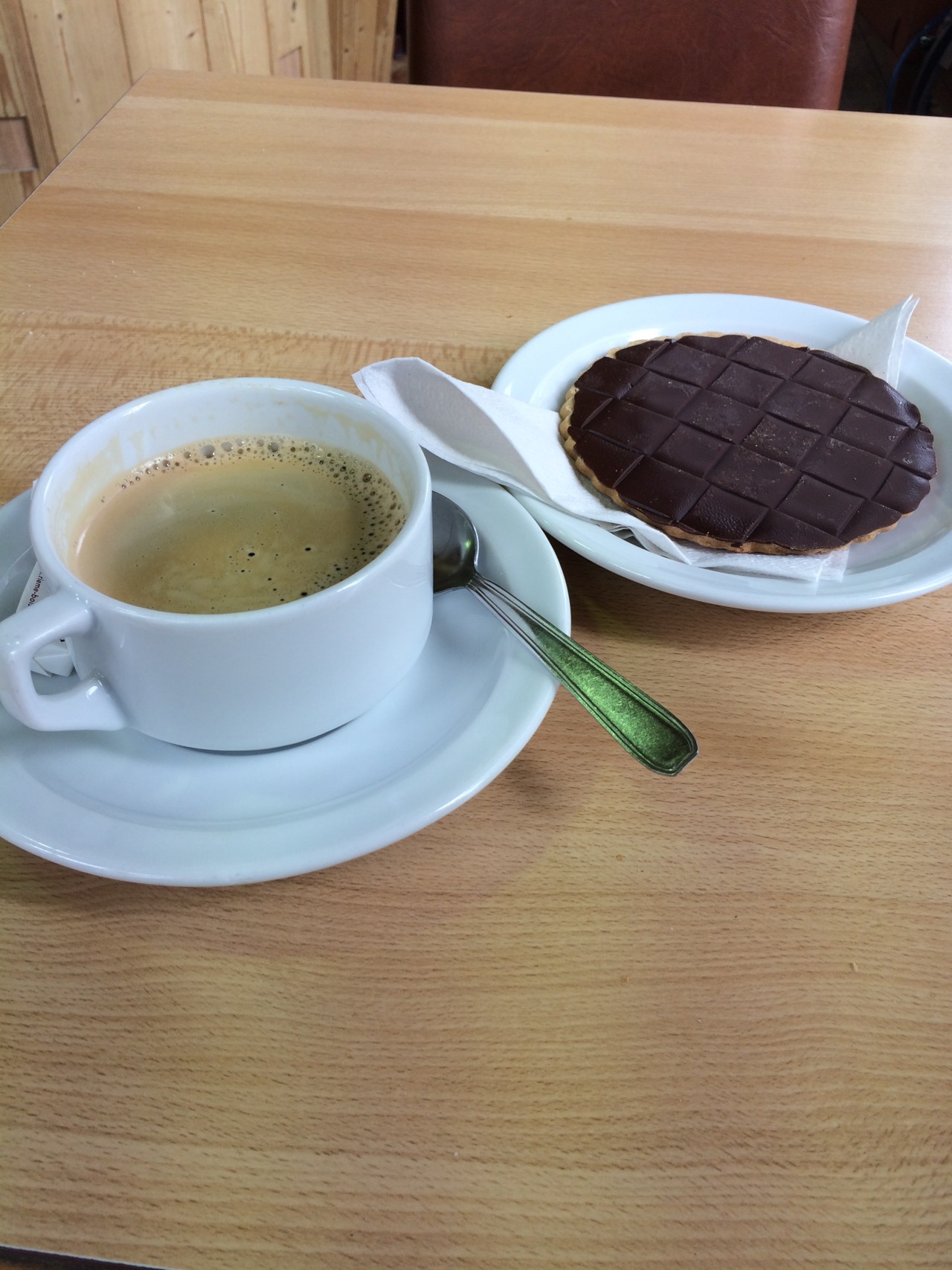 I was able to call home using the cafe’s wifi, a needed encouragement. After more than an hour I finally packed up, headed for a gîte recommended to me by the barista. It was only a couple kilometers away, but when I got there I found it locked. Apparently you have to reserve it in advance; it’s not staffed. Just as I went to look at the map on my phone for other options its battery died: talked too long on the call home.

Now without a map I was in a spot of trouble. I thought of returning to the cafe to charge my phone but saw a sign for another gîte, Sur la Roches, and walked that way. It was just the one sign, and after a few minutes I didn’t know where to go next. As I was walking, an older man called out to me from the balcony of his home, asking (in French) what trail I was following. I did my best to explain my walking the GR5, and asked if he knew the way to Sur la Roches. After a short conversation, he offered to drive me there. It wasn’t far, only 3km or so, but it was up a mountainside, I didn’t have a map, and I would arrive too late for dinner. I took his offer and we zipped around a few corners up the mountain to the guesthouse. The man had done some walking of his own back in the day, but that’s about all I was able to understand of his quick speech. His name was Albini, or something like that; Italian, though he didn’t speak it.

The gîte was empty except for one couple; I suppose it’s still early in the season. The French holidays start in July. Dinner was served in generous portions, which I was happy with since I hadn’t eaten much nor been able to buy food with the markets being closed. Salad with raisins and cheese, “Blanchet du veau,” bread and cheese (comté and mordeau, the local specialties), then an egg based desert like flan. It was all very good and I ate a bit too much. The couple, Jonathan and Emily, were doing a few hikes in the area. They spoke English and conversation spanned wide: the history of France, various words’ etymologies, about language, the social and physical sciences, and anywhere else the topics led. It was good company.

I washed my clothes in the sink and set them on the line to dry. That night I slept in a warm bed, clean and well fed.