This was a strange day, and not my favorite hiking-wise. I’d stayed at a campground in Les Houches with the intention of recharging my camera batteries and power bank (a battery that I use to charge my phone). I had plugged in the power bank to charge overnight, but in the morning it wasn’t charged at all. Frustrating. It’s not essential, but I have detailed offline maps, GPS, and the route itself mapped on my phone, so I do use it quite a bit. I decided to give it another chance, leaving the device to charge while I went to nearby Chamonix for the morning/afternoon.

Ever since that night in Charquemont my sleeping pad has been leaking air, and despite the glue and tape repairs it still only lasted about half the night. There was a Quecha store in Chamonix, and they said they’d replace it—funny thing is, this sleeping pad is actually from my bike trip several years ago, and I’d already had to exchange a different one for the same problem. So now I’m on my third, having only paid for the first one! (I worded things a bit differently when talking with them).

I took the bus to Chamonix using a free pass from the campground (a nice, unexpected perk), replaced the sleeping pad and bought a new pair of sunglasses since my original pair had broken. Aka, I stepped on them, then lost them. This is why I don’t buy sunglasses. New rule: the glasses must always be attached to some part of my kit, like my pack, or my poles, or my face. Maybe I won’t lose them that way. Chamonix is a busy ski town, and I explored it a bit, stopping for lunch at La Bivouac, a restaurant that listed souvlaki as one of the if specialties. Couldn’t pass that up, and it was quite good.

Back in Les Houches, I found that still nothing had charged. So either my adapter wasn’t working (it gets really hot, so maybe it had shut off to protect itself) or I don’t know what. It was now past 2 in the afternoon and I couldn’t wait any longer if I was going to get any hiking done for the day, so I packed up and started for the trail with just my phone charged.

Well let me tell you, this was a hot, hot day down in the valley, pushing more than 30°C (89°F), and for some reason I was wearing pants instead of my shorts. I’m too stupid and stubborn to change (I’d have to take off my boots, you see), so I made the very steep climb over Col de Voza in the heat of the day, wearing pants and carrying more water than I needed because I thought I’d want it since it was so hot. I took the climb in little 50m chunks, picking a spot just a little ways ahead and hiking there then pausing to cool down. The trail was a gravel road servicing a ski slope, so it pretty much went straight up. A couple of trucks drove past, and a cloud of dust followed behind them that ended up covering me. At the col there was a station for the Mont Blanc railway, a line that was built near the turn of the century with the intent to go all the way to the summit. Needless to say, they didn’t make it. 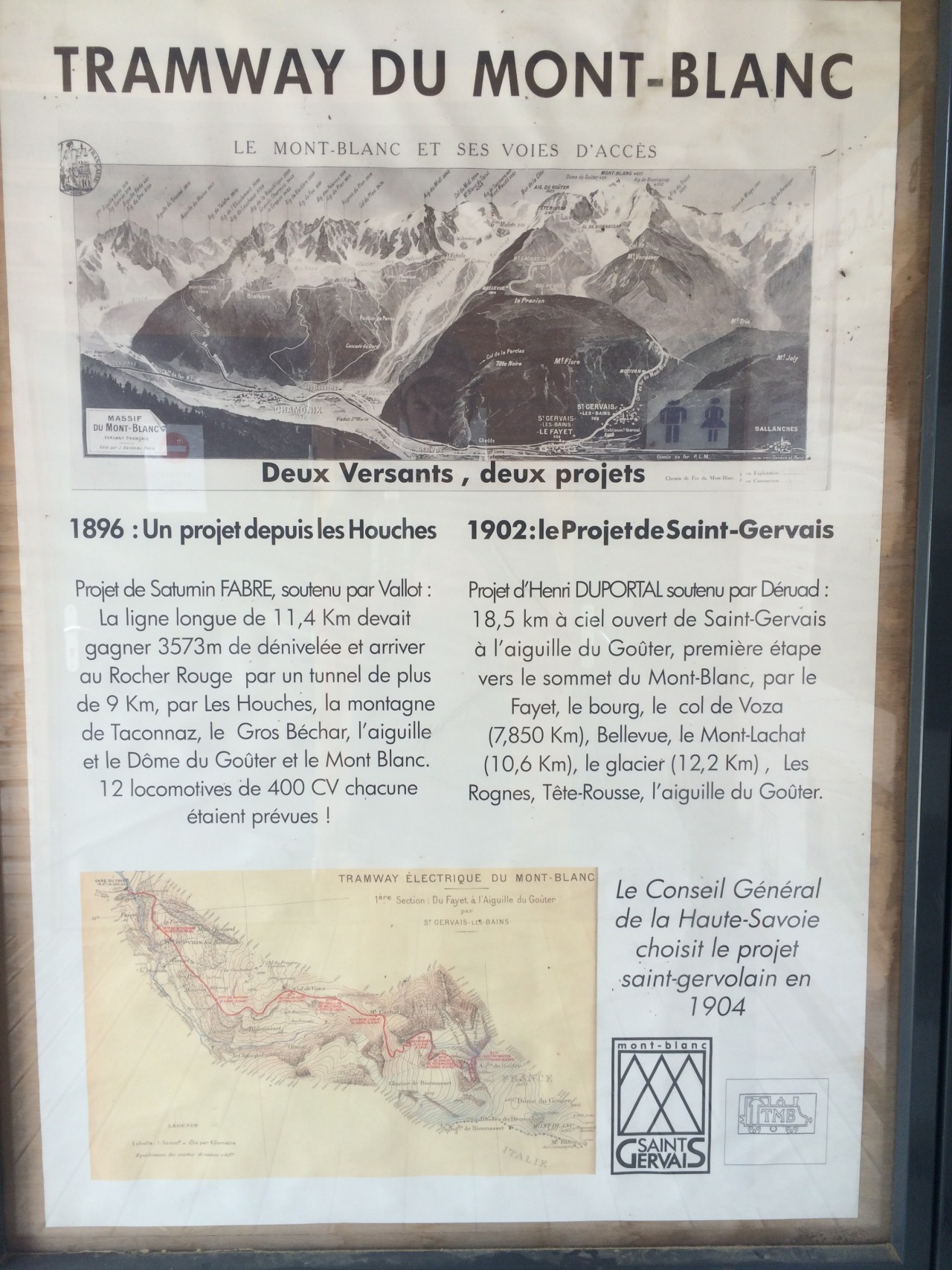 After the horrible climb and steep descent of Col de Voza, the trail passed more easily though a few small towns on its way to Les Contamines. I wanted to get there to watch the UEFA final later that evening: France against Portugal. It was a few hours going, fortunately more pleasant walking than the Col de Voza had been, and I reached the last town about 8PM, an hour before the match.

There was a restaurant right across from a big screen in the central plaza where a crowd was starting to gather to watch the game, and I sat down for another meal—their special was a burger with Beaufort cheese and rashers (i.e., bacon), a perfect bar-food meal for watching the game. The atmosphere was great, with fans dressed in blue and cheering on the team. But the game ran long into overtime and France ended up losing, which pretty much killed the good vibes and everyone left without much fanfare. Bummer.

It was nearly midnight and I was still in town, so I had to hike another hour or so by headlamp to find a spot away from buildings and houses. Where the afternoon had been blisteringly hot, the night was cold, made colder by the fact that the trail followed a mountain river that chilled the air beside it. I found a random campsite in some trees just off the path; out of sight, I hoped (these sort of things look very different at night than they do in the daylight). When I finally got to sleep it was past 1:30 in the morning.

What a strange day.