No rain came overnight, but the shelter was still nice to have for the warmth. The storage room we’d slept in had no windows and so was quite dark; when we woke up and opened the door sunlight cut sharply across the floor. Good morning! As we packed up I noticed that the mouthpiece for my pack’s water reservoir had been chewed on—a mouse had found it, I supposed. It still works, so no problem. All gear accrues such stories over time.

The way from the shelter was on gravel and paved roads, mostly level, through a forest. It made for easy walking, but wasn’t so interesting. Eventually we came out of the forest into farmlands at Chapelle des-Bois, a small town known for its cheese. Once again we’d arrived during the afternoon rest, and the fromagerie didn’t open for another hour or so. This was the some of best cheese in the region though, so of course we waited. Hugo and Manuel did some laundry using the town’s fountain, and I sat at the church and wrote a bit in my journal. I made a small sandwich of bread a slices of ham for lunch. 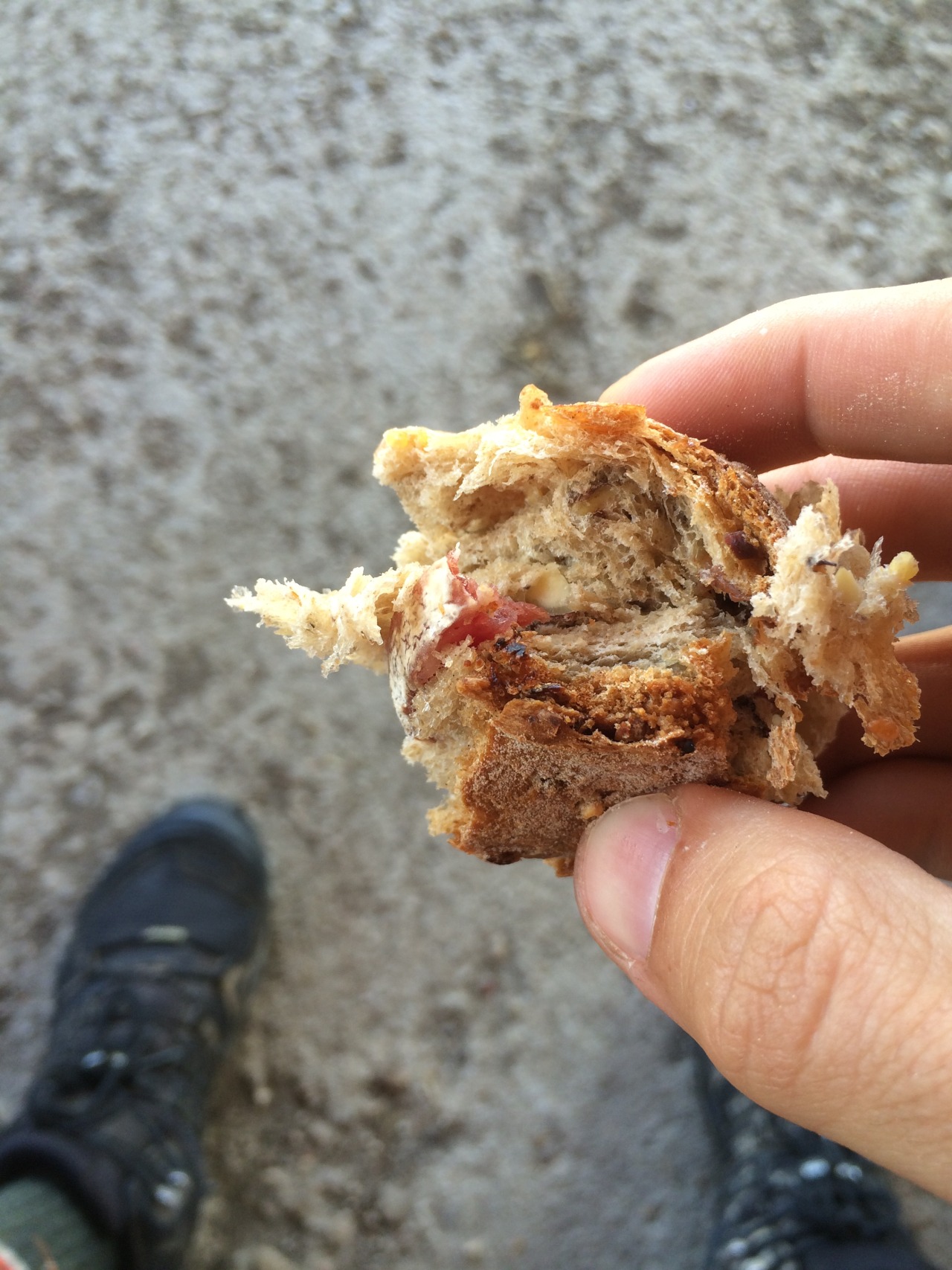 When the fromagerie opened at 15:00, the guys bought a half kilo of comté, a local cheese that is a blend of four different milks and aged for over a year. I bought 250g of one called “tomme” to have something different to try. 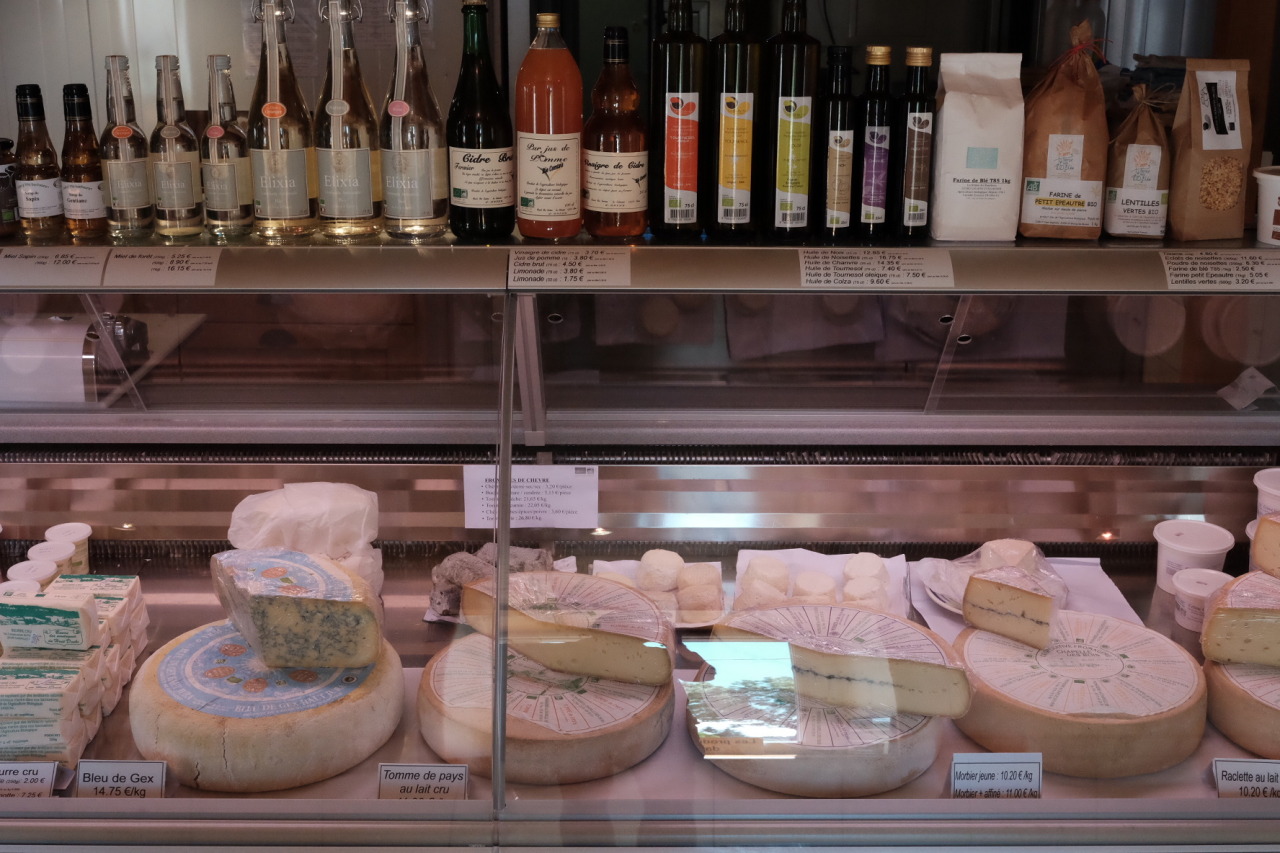 I’m not sure if these cheeses are available in the States, but they’re very, very good. They’re semi-hard cheeses, look a bit like a Gouda, and are sold as slices cut from a big wheel, with some kind of a wax seal around the edges. They don’t need to be refrigerated and will carry a few days in the pack, so they’re perfect for eating on their own or with bread and ham. 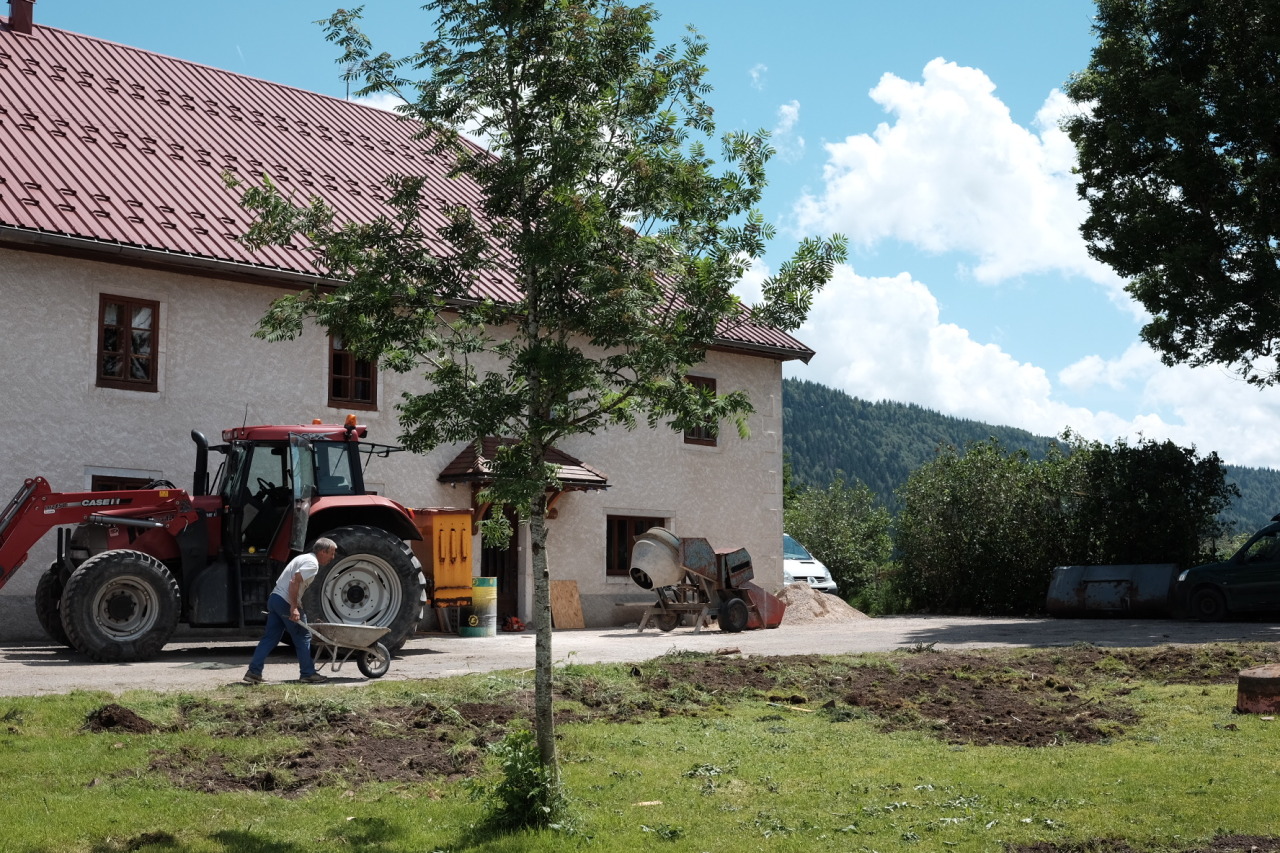 France has a law protecting locally produced products: comté cheese can only come from this region, the Comté. Champagne only comes from that region, and so on. Each place has its own specialty, a local cheese or wine or bread, that you can’t make anywhere else in France and call by the same name. I think it’s a great custom, encouraging small communities and a culture of living locally.

I’ve also heard that French vineyards are restricted to using just the true weather of the place—that they cannot water the grapes except for what rain falls that year. This gives each year’s wine a specific character, so that the same wine will taste differently in a dry year from a wet one.

These are the charms of France: despite some intrusions of the modern world, the countryside is still very much holding on to customs from centuries past. Markets and businesses stay closed on Sundays, even on Mondays in some places, and close for the afternoon during the week. Cows, sheep, goats, and horses graze in open pastures across the countryside. Farming seems the primary occupation. Towns are small but all have a bakery and butchery, as well as a central plaza with a church, fountain, post office, and town hall. Homes all have a small garden. Restaurants serve simple French meals from locally sourced foods; simple here actually means three courses in most cases: bread, salad and an entree, then dessert or cheese.

It seems to me a very fine life.

After buying our full of cheese, we left town in the afternoon, heading for the final climb before the descent to Lac Leman. It was a good ways up the side of a cliff-like mountain, some 600m of elevation gain in just a few kilometers. The path zigzagged up past trees and outcroppings of rock, making for steep and hard climbing. A farm dog followed next to us for most of the climb and looked a bit like a border collie, reminding me of Daisy, a neighbor’s dog that Magellan used to play with. I love dogs.

Atop the cliff was a large metal cross that stood guard over the town. The view from the calvaire spanned the whole valley, over farmland and forest, lakes and hills, and back across the Jura.

It’s one of the thoughts I’ve had while hiking: each day’s walk is human in scale, only a few tens of kilometers at most, and every step of the way is known, consciously or otherwise. One feels as a part of the place, passing through but seeing much. Over time, though, the distance stretches out of sight, and the scale grows beyond what the mind can consider all at once. The whole is the sum of the parts, and greater; yet the parts must be taken each in turn, for the whole is too much to bear.

The path followed the cliff edge, passing a stone border column marking the frontier of France and Switzerland, then later on passing a place marked as having been used as an escape route during WWII.

The history of the war is present in every town in France, indeed, in towns across Western Europe. From the States, my image of the war is of soldiers storming the beaches at Normandy and of that photograph of Churchill, Roosevelt, and Stalin meeting as the Allies. Walking through France, where every small village has a monument for their lost sons, I see things differently. I think instead of families, of their lives on the farm, and of their leaving their homes to desperately escape a continent at war.

In the evening we stopped at another shelter, Chatel Rose, but like the night before it was closed up. Why lock a shelter? The path had again joined paved roads, so we had to set up our tents in hard gravel and the stakes didn’t set in well. Hugo made another fire and we cooked the last of the ham. Fire has a way of captivating and we passed the evening beside. The sky was clear and I stayed up later wondering at the stars.

Just as I got in my tent, rain rolled in from out of the dark.