I woke up early, eager to reach town and catch the first ferry over the lake. The guys were a bit more casual, so while I waited I sat and had breakfast with a view to Mont Blanc. 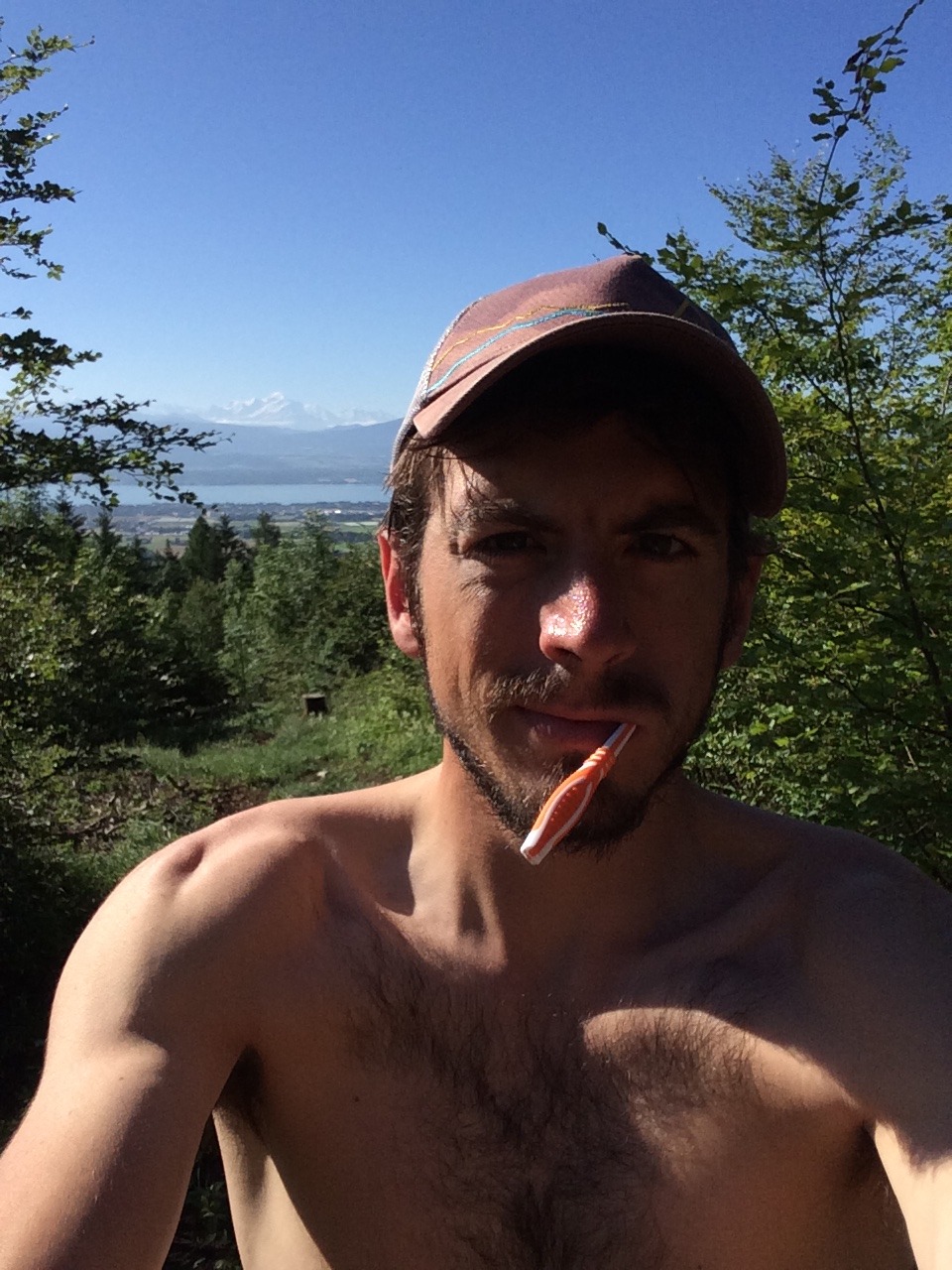 When we set off, it was a beautiful morning, sunny and clear. The path was steep downhill walking again. All night long we’d heard motorcyclists riding hard around the curves and switchbacks—now we had to look out for these daredevils as our straight-as-an-arrow-in-flight path forced us to cross over the straight-as-a-line-traced-by-a-seismograph-in-an-earthquake road several times.

We followed the path to a secondary road that brought us into the quaint town of Trélex, then past it through some farmland that gradually turned more urban as we entered Nyon. The town center was one of the most beautiful place I’d ever seen and felt practically Mediterranean. Stone buildings with colorful shutters and bright tiled roofs were tucked into the mountainside while cobblestone paths and alleys wandered past fountains and gardens; steeples rose up above rooftops, bells chiming on the half hour, and the sights and senses of maritime living permeated all. There were high end restaurants, charming old hotels, and all sorts of boutique shops, and I looked on at couples and families enjoying shimmering white wine and high class dining in a sunny, stone paved piazza.

We wandered through town down to the port, where there was a beautiful view across the lake, to buy our ferry tickets. As it turns out, though, despite the GR5 navigating through Nyon, the port there doesn’t have a direct connection to the next leg of the trail at Thonon les Baines. The connecting service in Yvoire didn’t operate in Sundays (as you might’ve guessed), so we would have to take the train to Lausanne and the ferry from there. We walked back through Nyon toward the central train station, following the sound of music to pass La Place des Mariners, where a band was playing swing music and Elvis covers to a crowd of people dancing and enjoying the weekend. Roman columns stood in the background, framing a beautiful view across the water. 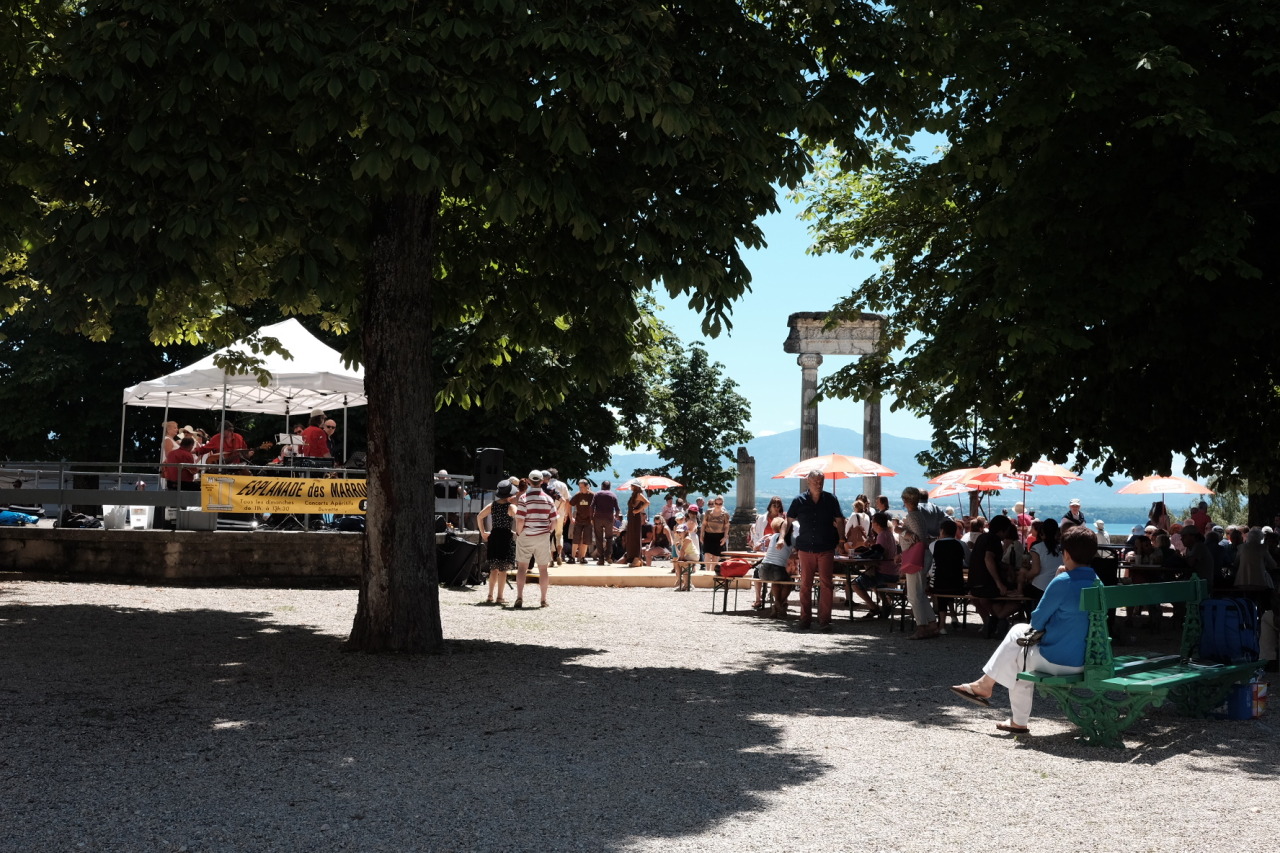 Arriving by train, Lausanne was also beautiful, but we went straight to the ferry port since the next trip left shortly. The ride across the lake was magnificent, absolutely gorgeous. The water was calm, softly rolling waves of royal blue, with bright sailboats coasting idly in the temperate air. 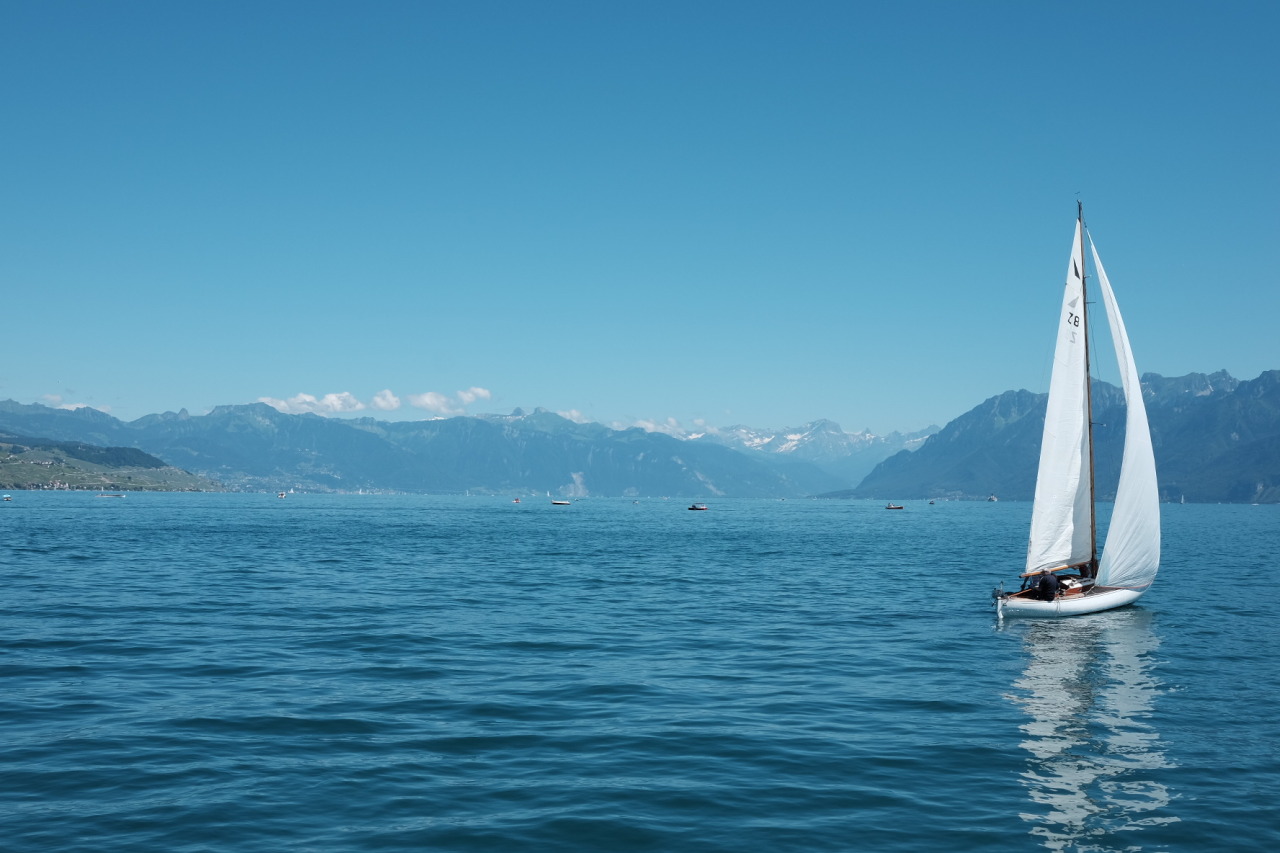 All around were port towns built into green foothills, rising swiftly into high mountains peaked with snow. What a life it must be to live in such a place. 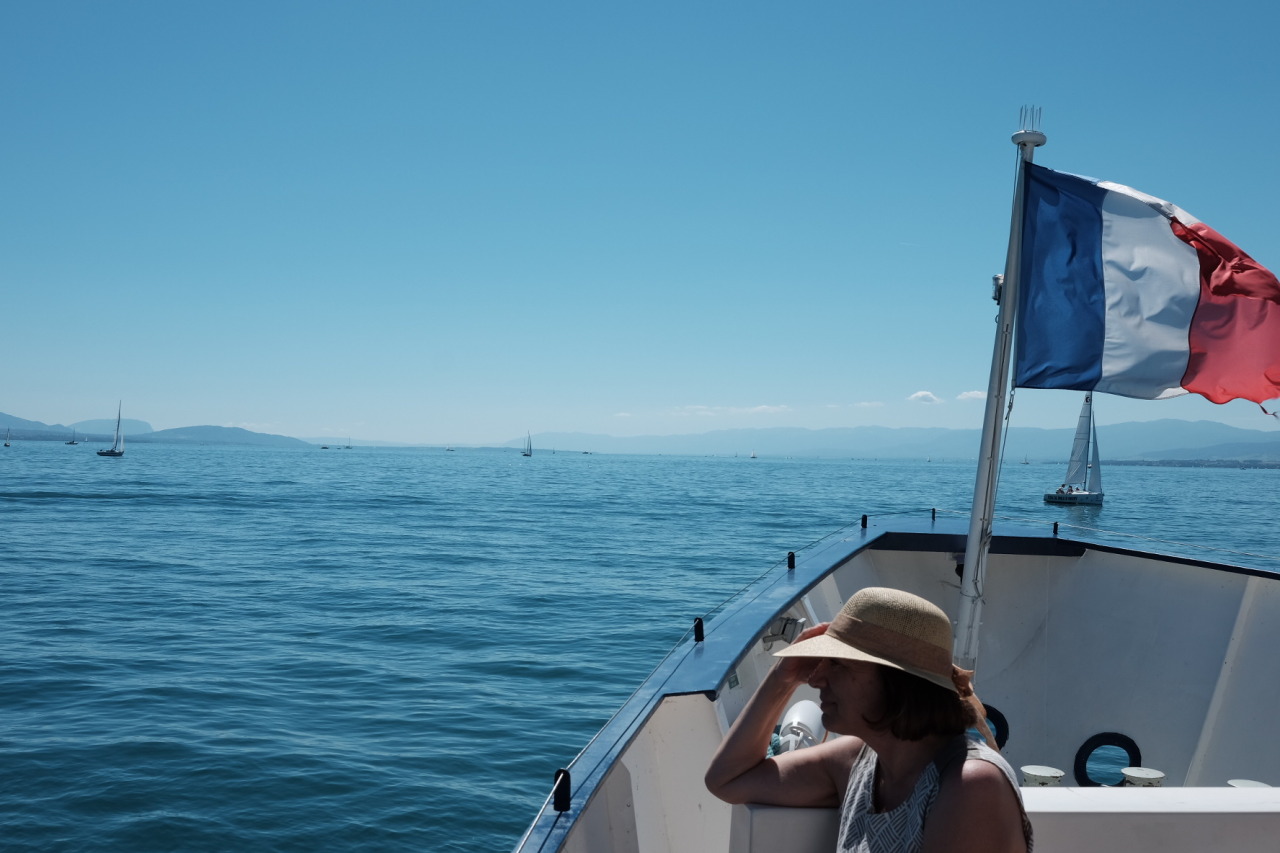 The trip across the water was about an hour and we reached Thonon in the afternoon. Again, most businesses were closed for the weekend, so our options for lunch were limited. We stopped at a small spot for kebabs, the kind where meat is roasted on a big rotating spit and then sliced thin onto a sandwich. Not French, but it sure hit the spot. One market was open and we bought a few items to resupply before heading out.

The trail was easy to find, starting at the train station in the center of town and heading out to the forest behind. Initially the path wasn’t so nice, as hiking on roads in a city usually goes. Soon we were out of town though, passing up through the forest behind, where residents were having their evening workout. We walked just over an hour along easy forest paths before setting up camp a little ways off the path in Armoy, a smaller town just outside Thonon. For the first time on the trip there were loads of mosquitos, and without a fire to clear them we didn’t stay out long.

After some two and a half weeks of preparation, I’d finally arrived. The Alps. It’d already been an incredible experience, already more than 300km, and now the real trek would begin. The guidebook, finally more than just dead weight, informed me that there would be nearly as much elevation change in the first day of the Alps as there’d been in a week of hiking in the Jura.

More rugged trails, harder climbs, harder descents, longer days. The Alps. I wasn’t sure I was ready, but it sure was beautiful.