The rain carried on through the night and into the morning as a mist. We all slept in, waiting for the sky to clear. About 10:00 it had stopped raining, but wasn’t sunny enough to dry anything. Hate packing up a wet tent.

About an hour’s walk downhill through the woods brought us to Source du Doubs, the real source of the large Doubs river I’d followed for the week prior. I had to double check, and it turns out that the other spot was Source du Doue; a smaller river I guess. Here the water came rushing out of a grotto in the side of a mountain, running fast over rocks and down a long cascade. We stayed for a bit to have a snack and enjoy the place.

A little after noon we walked into Mouthe, a town just off the trail and apparently the coldest town in France. It wasn’t too cold today though. Hugo and Manuel needed to get some food, but we had arrived in town during the afternoon siesta and the shops were closed for another hour. We meandered through town, looking into shop windows and waiting. The market opened first, where I bought some dry sausage like I’d had with the group in Charquemont, then we went to the boulangerie and I got a small bread with raisins and nuts.

We walked out of town with hands and packs full, looking for a nice spot to stop for lunch. Eventually we set up by a small stream and had a big meal. Hugo had bought a melon (the orange kind, I can never remember if that’s cantaloupe or honeydew), and we all had a few delicious slices.

Walking on, we passed through a few small towns, Petite-Chaux, Chaux-Neuve, and Châtelblanc. The path was in a small valley with forest on the left and towns on the right, open fields and meadows between. 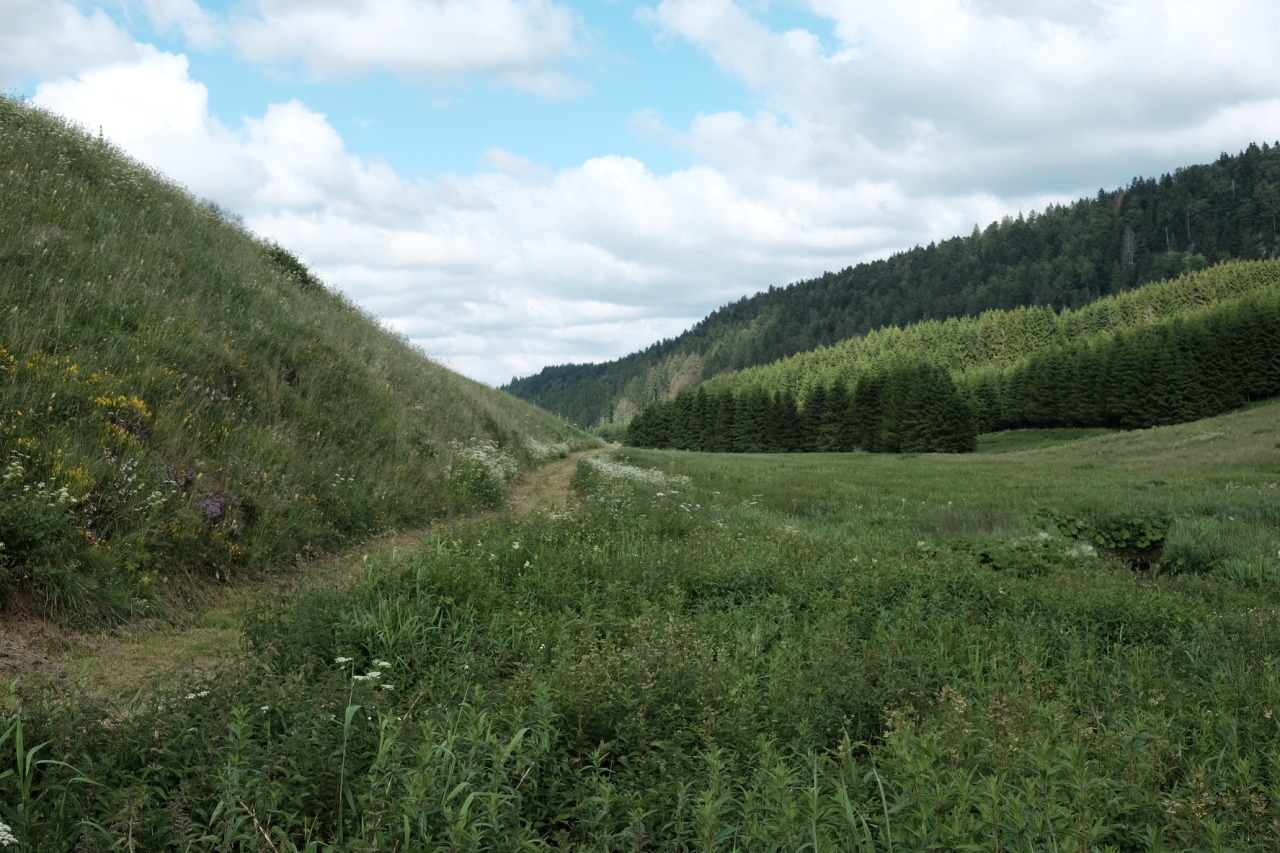 A gravel and sometimes partially paved road took us out of the last town, climbing back into the forest. We walked on a ways, aiming for a shelter to avoid another night in the rain. In the evening we reached Les Pres d’Haut, a large refuge, but found it had been closed. A small storage room was open though and would have to do. We set up inside, no need for a tent.

Hugo went to collect wood for another fire, and in the process attracted a bunch of cows from the field nearby. There was a rumbling of hooves and he came running and laughing back to the shelter with a bunch of cows giving chase. 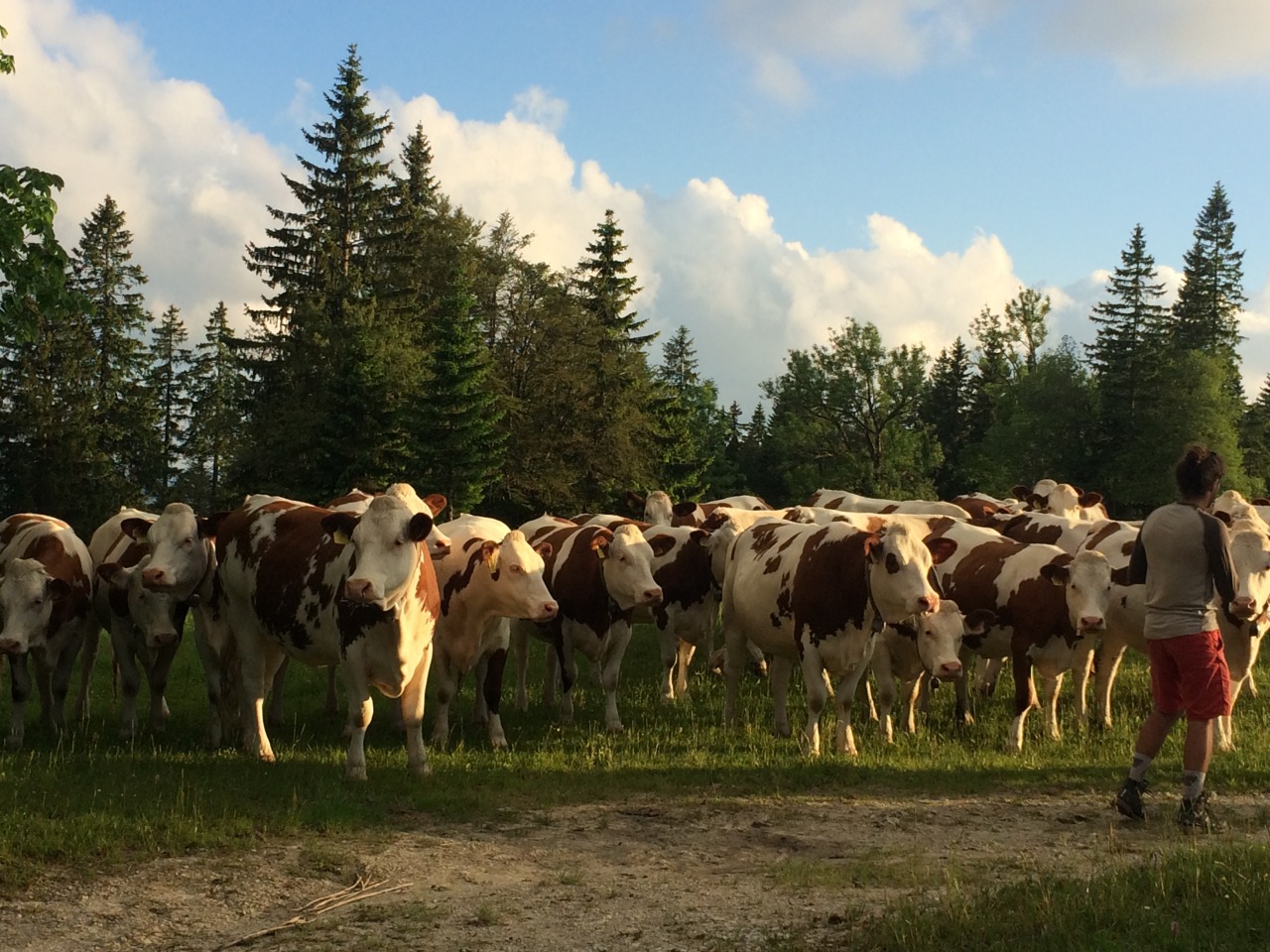 No rain came, but it was a colder night at elevation, and having the fire was great. Manuel brewed up a drink using leaves from stinging nettles, supposedly good for releasing muscle aches. We cooked some of the ham over the fire and it was better than any bacon I’ve had. We stayed out late, watching the fire until a few stars were visible, and then went inside to sleep, warm and dry.