Exhausted from the long hike and late night of the day before, I slept in a bit, watching the sun rise over a peak from the comfort of my tent. It was an idyllic spot: calm, clear water reflecting crooked, rocky, snow capped mountain peaks. I was the last one to leave the lakeside in the morning, but I didn’t mind the late start amidst such a beautiful setting. 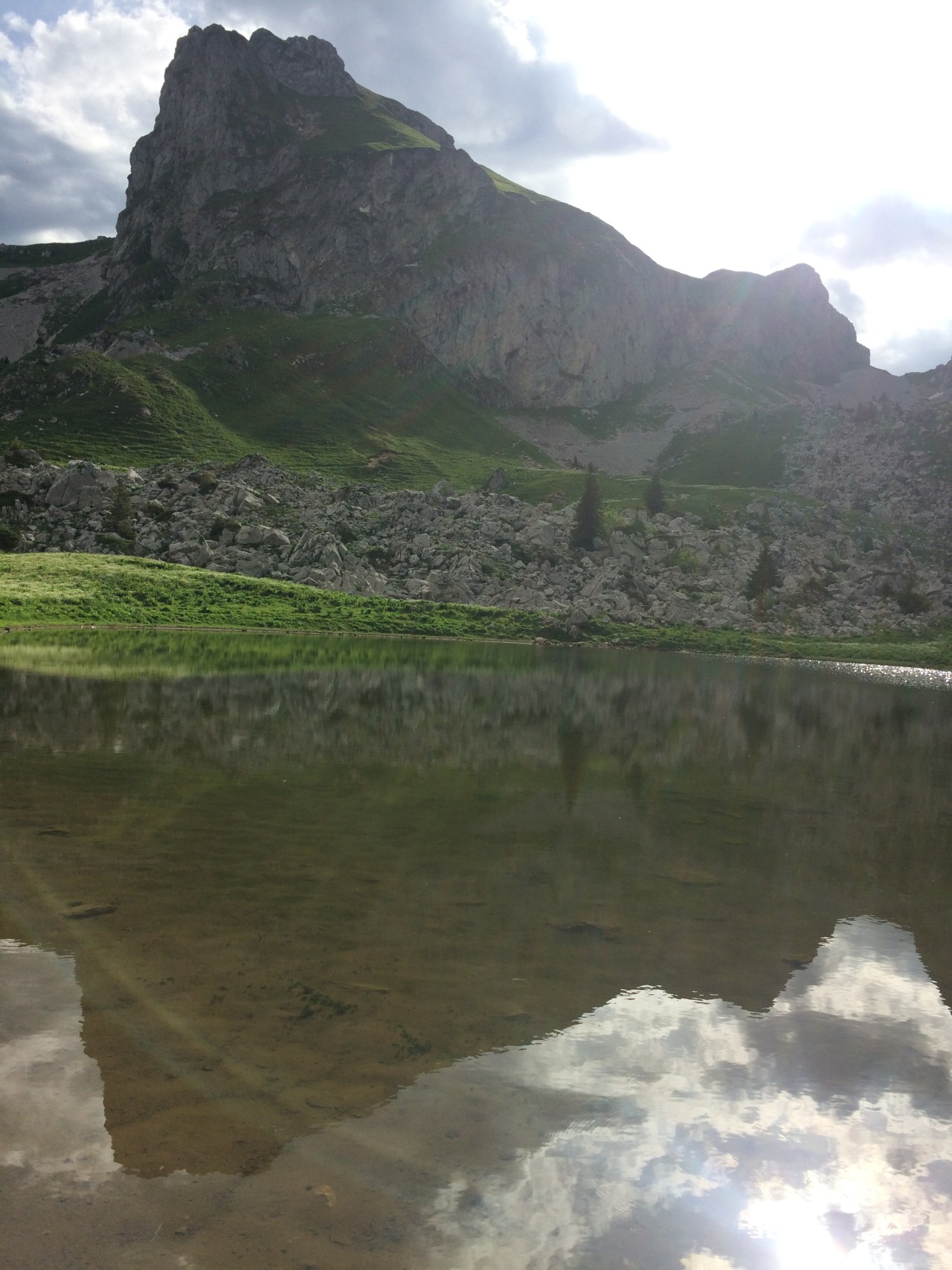 I met two men early on, at a rocky pass before a bowl shaped granite canyon below the peak of Dent d’Oche. They were father and son, hiking just for the day. We spied some chamois—an animal that’s a cross between a mountain goat and an antelope—way up on the hillside so that only their heads were visible. The men headed back down the trail while I continued on across the rocky scree. Views stretched down to Lac Darbon, emerald green and tucked away at the junction of several mountains. Just past the rocks and over a hillside I walked into a whole herd of bouquetin—another alpine animal, more mountain goat like with long, curved horns—munching on grass and licking a piece of snow. 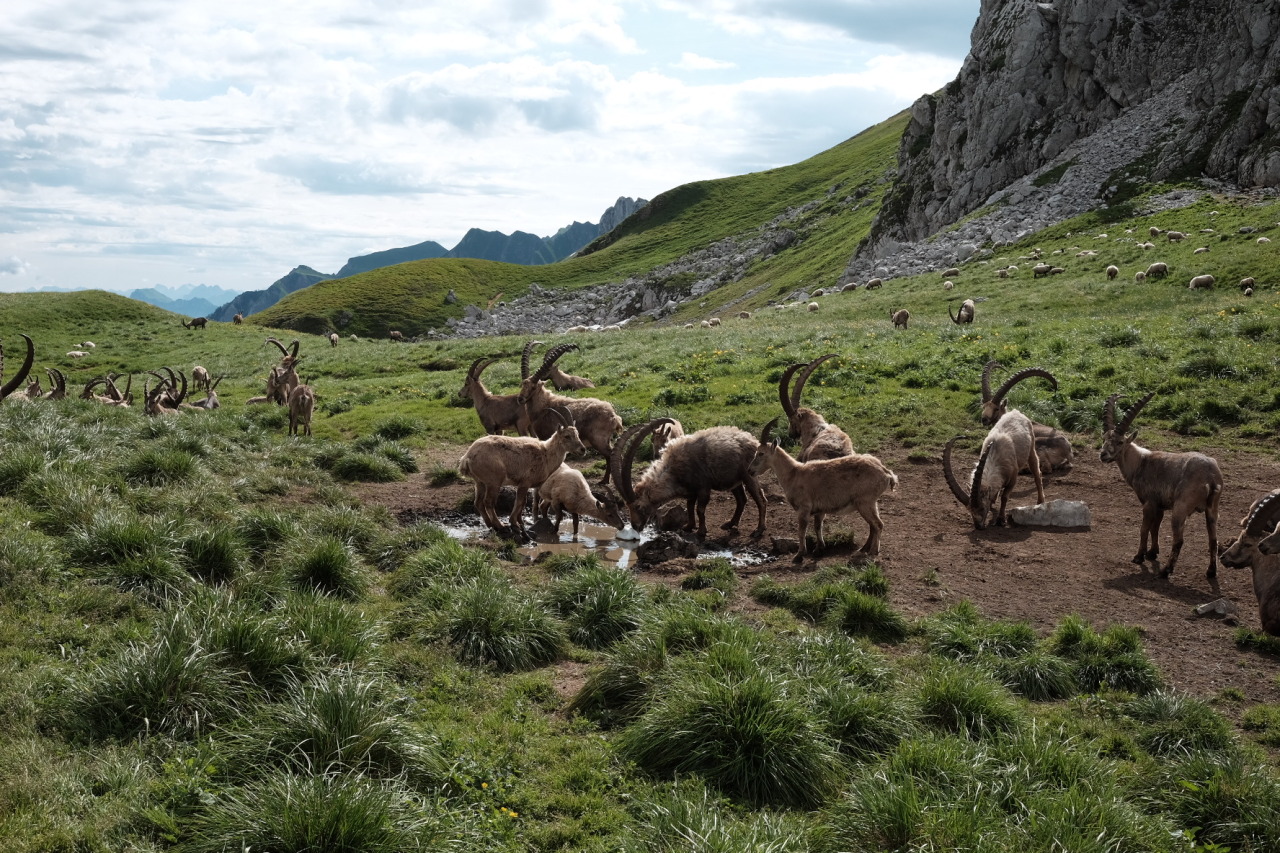 Just past that was a nice stream cascade and meadow. 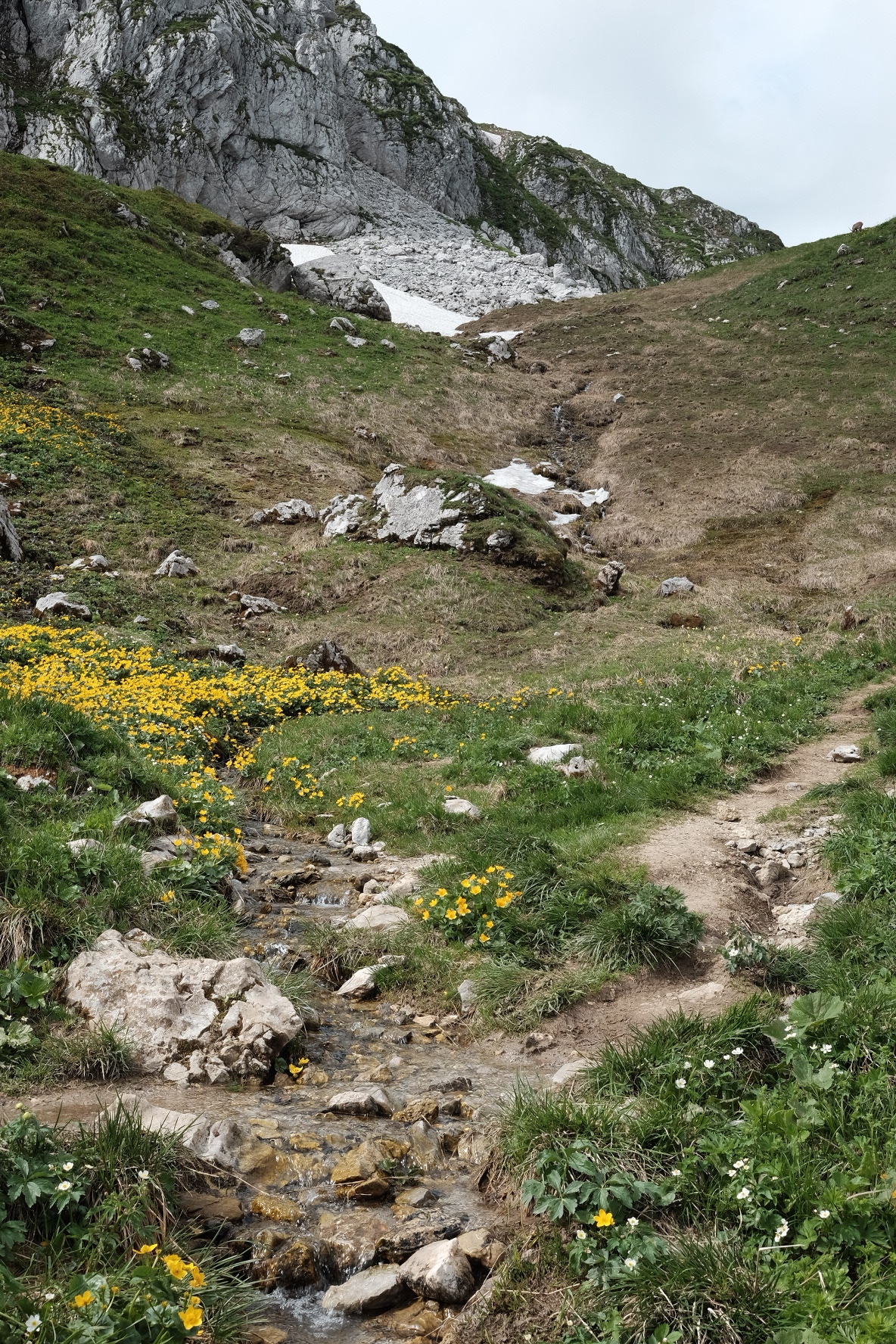 I hiked over another mountain pass, Col de Bise, then there was a long and steep descent into a valley. I stopped in at a restaurant to rest before the next climb up to Pas de la Bosse. The Alps are that way: instead of one big climb each day, you get two or three as a bonus. Fortunately they seemed to be getting easier.

After that ascent there was a long walk down into Chapelle d’Abondance, a charming little ski town beside a river. I stopped in at a cafe/restaurant for a coffee and to pass the afternoon. It was pretty quiet inside, I was the only one there for a while, but I didn’t mind.

I left town in the late afternoon, once it was clear that the clouds weren’t going to turn to rain. I was hoping to walk a few kilometers more to stay ahead of schedule. The route followed alongside the river, picturesque as blue-green water rushed over rocks and fallen tree limbs. I crossed a bridge over the river and climbed a little ways up a dirt path, passing a waterfall and lots of trees and roots. I felt strong and was climbing well; a radio’s worth of songs ran through my head (Phish, Spoon, Jack Johnson, The Talking Heads…) and I hummed along feeling good.

Just as the path leveled off I passed a shelter and figured it would be a good spot to camp for the evening. There was one other tent there: a Scottish couple in their 40s who were also hiking the GR5. They let me know about some water nearby and we chatted for a bit about the trail, where we’d come from and where we were headed. It was their second day, but they’d done quite a few other hikes around the world, including the GR10 and GR11 in the Pyrenees (on my list to do next). They liked to start their days early so they turned in for the night while I set up my tent and made some pasta.

It was a cool evening and still looked like it might rain, so it wasn’t long before I went into the tent myself, tired, but having really enjoyed the day.