This was a great day, one of my favorites of the trip, with really pleasant trails, nice people, a good climb to the col, and a great hike to finish.

The previous day had been a long one, so I let myself sleep in in the morning. When I finally got out of the tent, I saw that I was within sight of the path after all. A few groups of elementary school students had passed by, probably very curious about the man sleeping in the woods.

I stopped for a long breakfast just a little ways up the trail, finally making use of my e-reader after carrying it some several hundred kilometers. Returning to the trail, it was really easy walking for a good distance, keeping level beside a river and passing through a large outdoor sporting center that had different areas for rock climbing, archery, golfing, tennis, kayaking, and even a range for shooting rifles. At the far end of the park was a pilgrimage chapel, Notre Dame de la Gorge, that was having a photography expo. There were big photo prints along the trail at various points, featuring the landscapes, wildlife, and flora of the area, as well as bigger concepts like climate change and the human condition.

Past the chapel the trail started to climb on its way toward Col du Bonhomme. It was steady climbing for several hours, mostly through woods on a wide, rocky track, but I was feeling stronger after several days in the Alps and took it all in stride. There were quite a few people on the trail since the GR5 was still sharing routes with the Tour du Mont Blanc. Even in the woods you’ll get stuck in traffic jams.

I stopped for lunch a little ways before the col, setting up on a rock near Refuge de la Balme. I was carrying a beer that I’d bought the night before, having intended to drink it while watching the game but eating at the restaurant instead. There was a fountain right there, pouring out cold water from the river, and I got an idea: I dunked the beer in the fountain while unpacking, and by the time I had my sandwich ready it was perfectly chilled. A cold beer is just so refreshing after a long climb in the sun. Rather ingenious, if I do say so myself. On the other hand, it was a tall can of s strong beer and I still had an hour to climb—I walked off feeling a slight buzz and just a bit unlevel. Verdict: worth it.

The way up to the col was pretty fun, good climbing over streams, rocks, and some snow toward the top. I passed an Australian guy who had a small speaker playing Explosions in the Sky, a post/progressive-rock band; the music had this meditative, eastern zen sound and fit the atmosphere of the place perfectly. 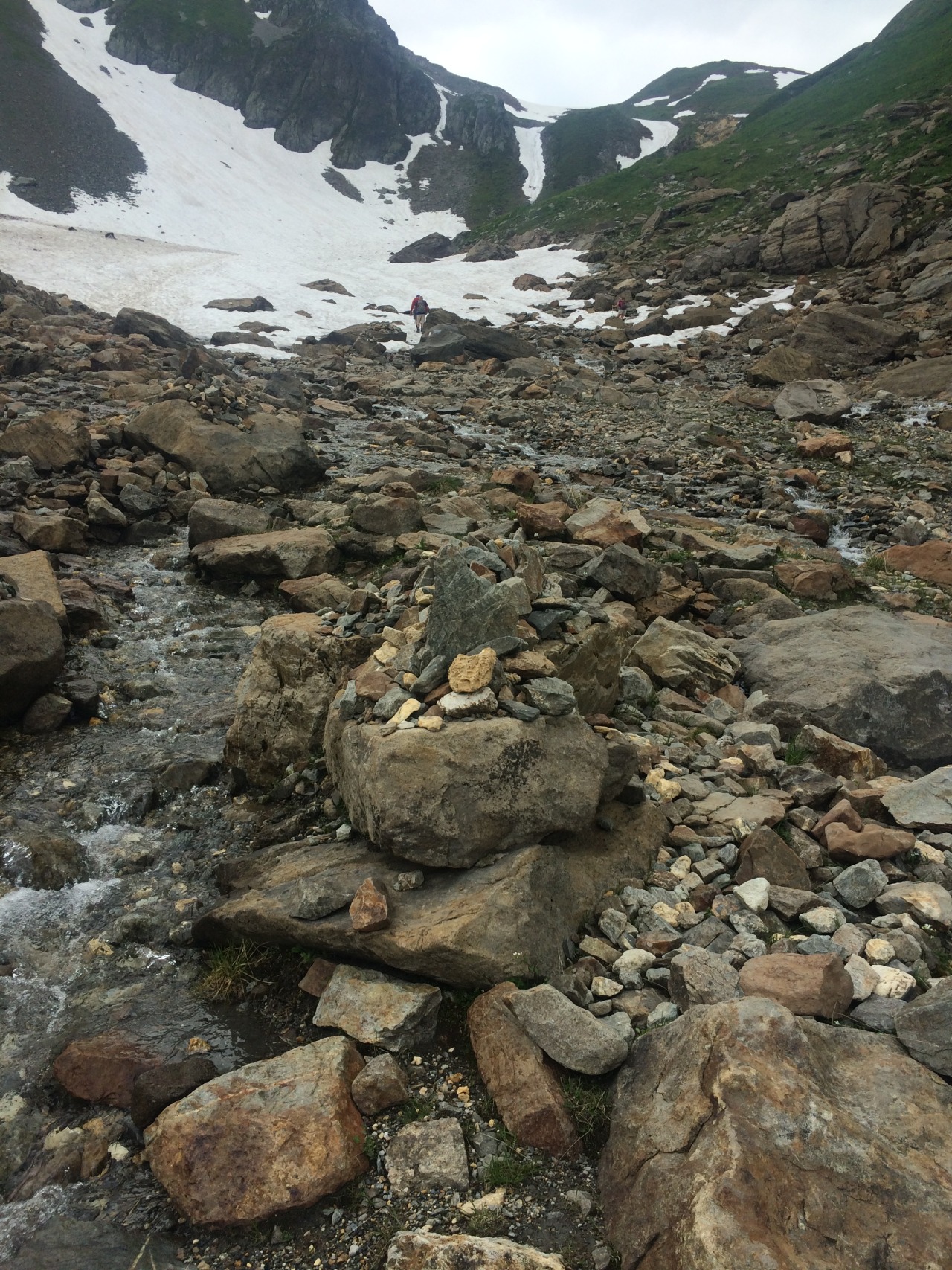 The weather started to turn a bit darker as I reached the col, so I kept on without stopping long. There was another fun stretch of climbing over rocks and ridges from the col to a busy shelter, the Refuge de Croix du Bonhomme. I saw clouds and rain coming in, and half ran half skied down a patch of snow to reach the refuge just as a thick white mist rolled in from across the valley, dropping visibility and temperature significantly. I waited out the weather for awhile, having a coffee and slice of a walnut pie—very good—and talking awhile with another hiker before finally set off again just as dinner was being served to people staying for the night. Far too loud and busy a shelter for my tastes. 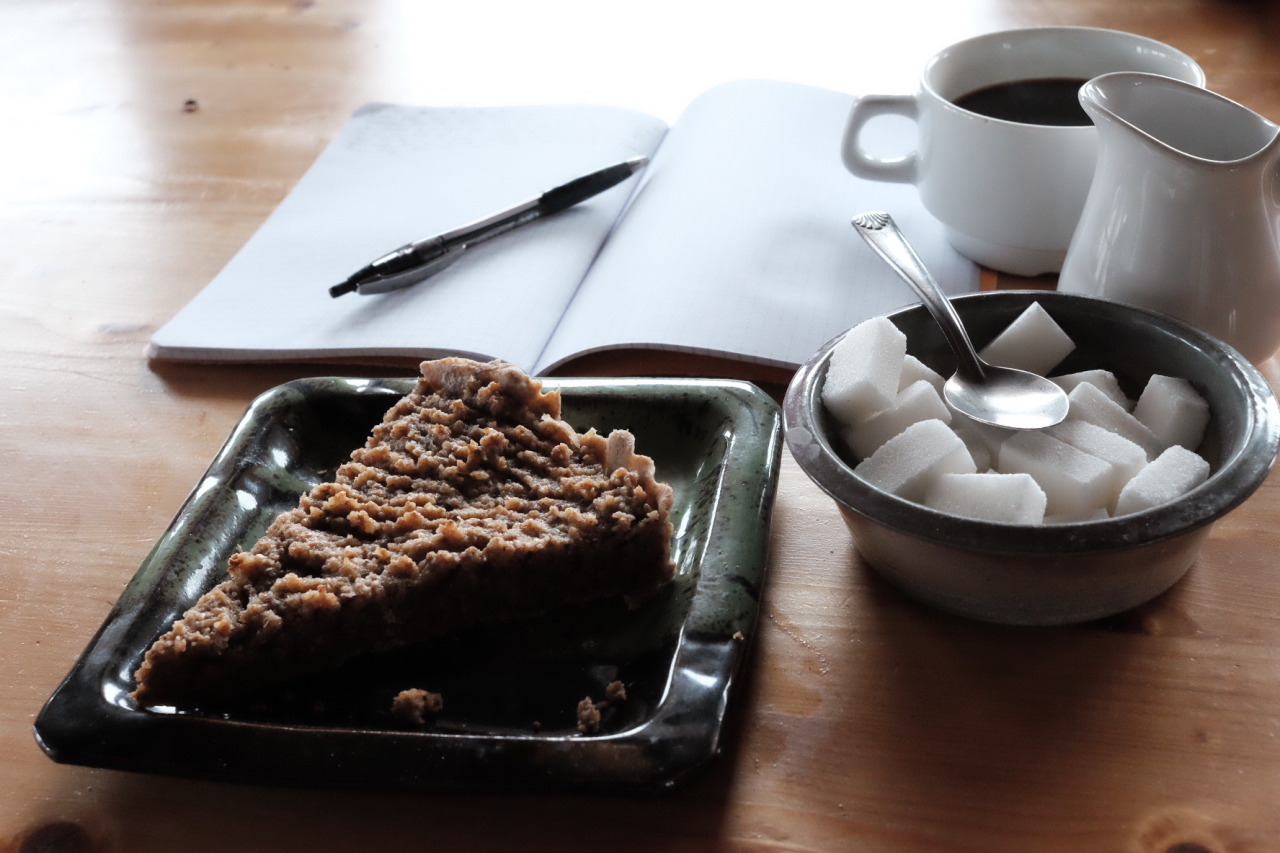 The final stretch of trail for the day was one of my favorite hikes of the whole trip, along the Crête des Gittes, following a narrow crest high atop a ridge with eye-level views to all the mountains and valleys around. 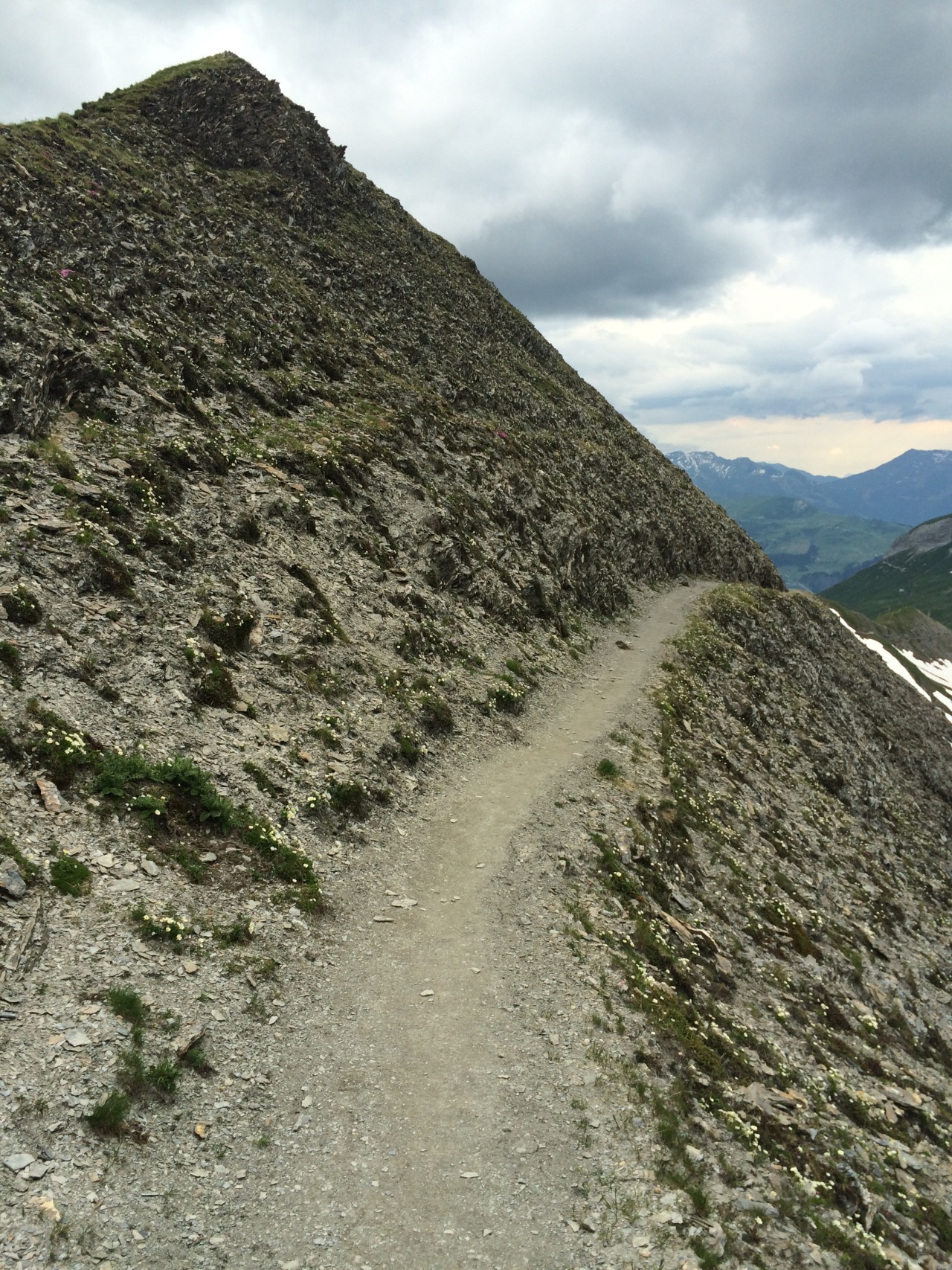 Walking on top of the world:

After tracing the ridge for several peaks, the trail made a steep and windy (as in curvy) descent that was exposed and quite windy (as in gusty). Nervy stuff at times, since there was a pretty long fall to either side. Another steep descent brought me down to a small plot of grass beside a river where there were a pair of tents set up. I set up my own tent and chatted with a group of three French hikers heading north for just a bit, but then the bad weather returned and forced us all into our tents.

You could see the dark storm clouds rolling in over the mountains, the rain falling in grey sheets against the brighter sky behind, quickly reaching our little square of grass. The storm was very powerful and kept waking me up all through the night, with strong winds that shook the panels of my tent and loud groans of thunder that shook the whole earth. The lightning lit up the place a few times and couldn’t have been very far away.

In such a storm one feels very small, and when the morning finally came I was happy to’ve made it through unscathed.