I woke in the morning to the sound of hikers passing by on the trail. I took my time, eating the last of my muesli for breakfast and then sitting on a rock, reading a bit while waiting for my tent to dry as it was wet from the morning dew. Across the valley were the imposing peaks of the Dents Blanche.

The excursion into Switzerland was brief, only a few kilometers, and it wasn’t too much of a climb to reach Col de Coux at the border. I passed an old border guard outpost and at the same time crossed back into France.

Past the col was a long and steep descent toward Samoëns, some 1200m below. I’d done plenty of descents without any problem, but this one was longer than most and my right knee started giving me trouble. The only thing I could do was take it slow, step by step.

About halfway down I caught up with David, another French hiker whom I’d met briefly the night before. He doesn’t speak much English, but we got along fine anyway. He has a great attitude toward nature and seems to really enjoy hiking at its purest.

Further on I caught the Scots again and walked with them the rest of the way into town. It turns out that they’re both pretty successful athletes: besides the laundry list of other hikes they’ve done around the world (one of which they met on), Ian completed a triathlon a few years back and Jane was an accomplished marathoner, one of the top runners in Scotland. No wonder it was hard to keep up with them! They’re both teachers now, using their summer break to travel. They’re really nice folks; it’s great to have people you recognize day to day on the trail.

The descent into town dragged on and on, eventually going over some unpleasant paths and roads. The temperature climbed as we lost elevation, and when we finally reached Samoëns it was quite hot and I was ready for a break. The Scots were staying there and went off to find the campground; myself, I wanted a beer. It was late in the afternoon and I hadn’t eaten lunch, but first I needed to resupply. I went straight to a market and loaded up on food. Bought a bit more than I needed! 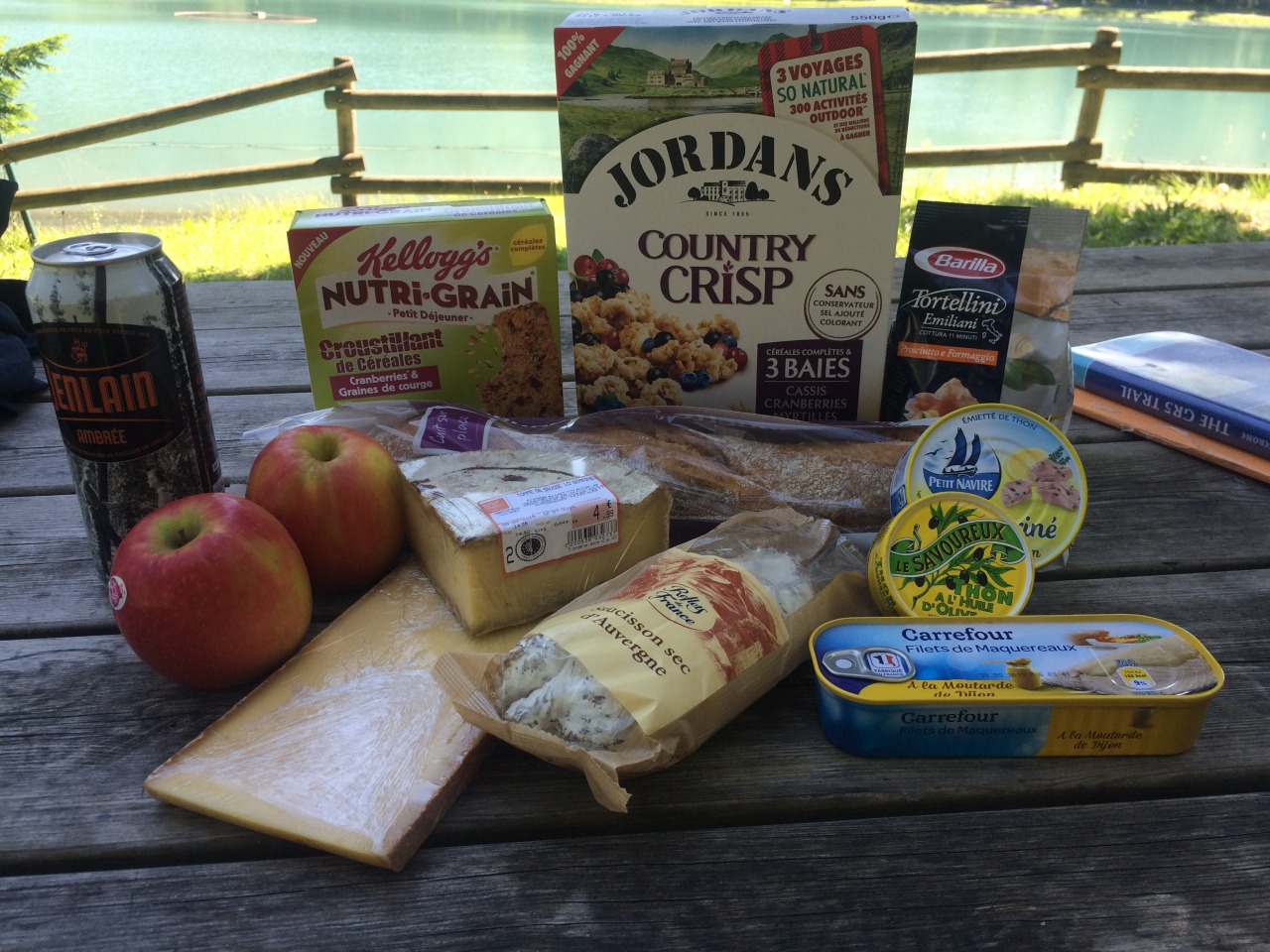 I had a picnic just outside town; the beer was really satisfying after such a long hike. I stayed at the picnic spot for a little while, resting and catching up on my journal.

I left town late, following another river. It was an easy path most of the way, then the trail crossed the river and entered the forest to climb over some big rocks. At Gorges Les Tines I had to climb a series of metal ladders bolted into huge boulders. It was actually a lot of fun, one of the highlights of the trek! 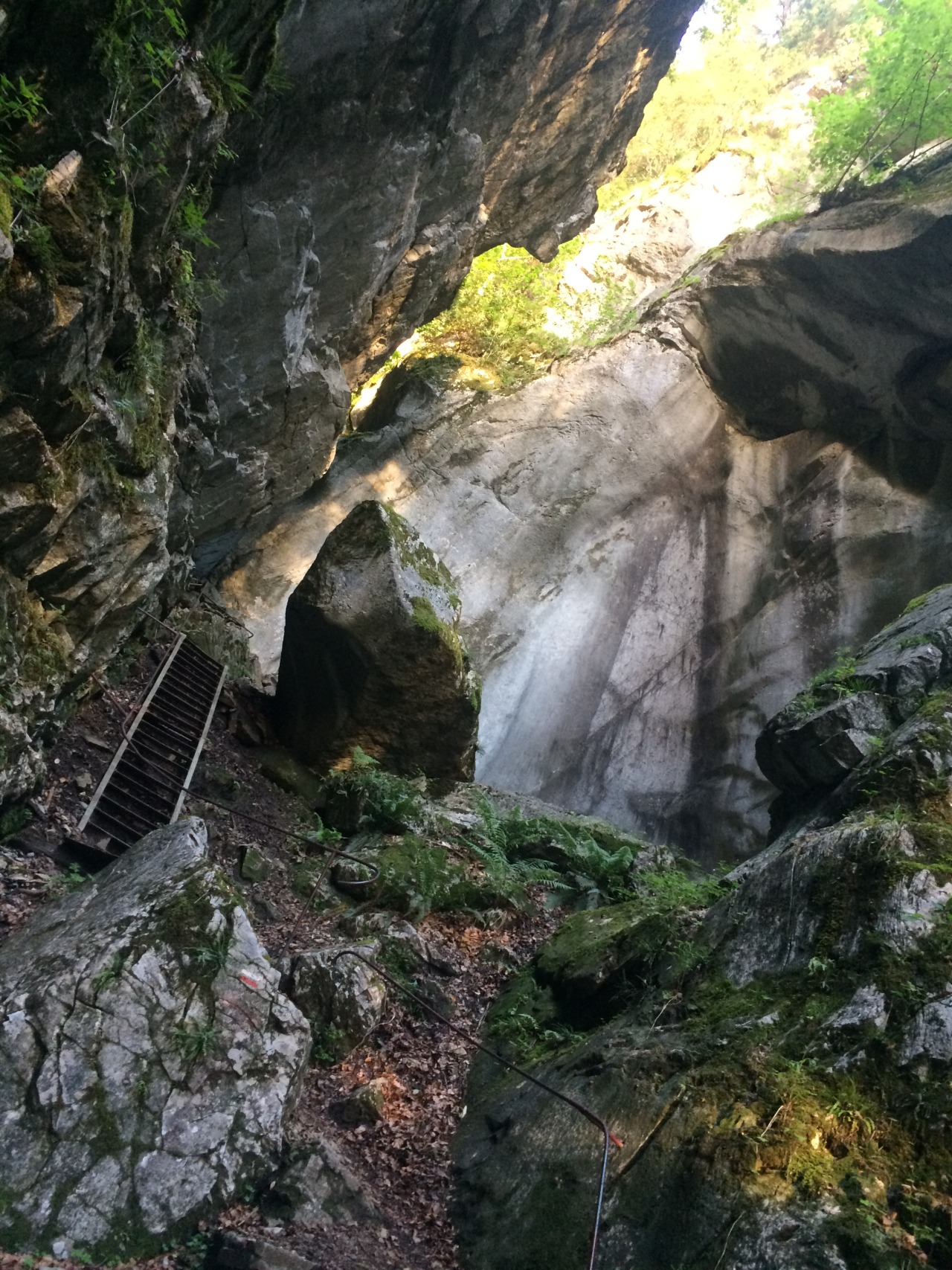 The trail kept climbing after the ladders, rising steeply on more forest paths. I kept walking on into the evening, eventually finding a small spot just at the edge of a cliff. The skies were clear so I slept without setting up the rainfly. The afternoon descent hadn’t been much fun, but the evening trails had been great.