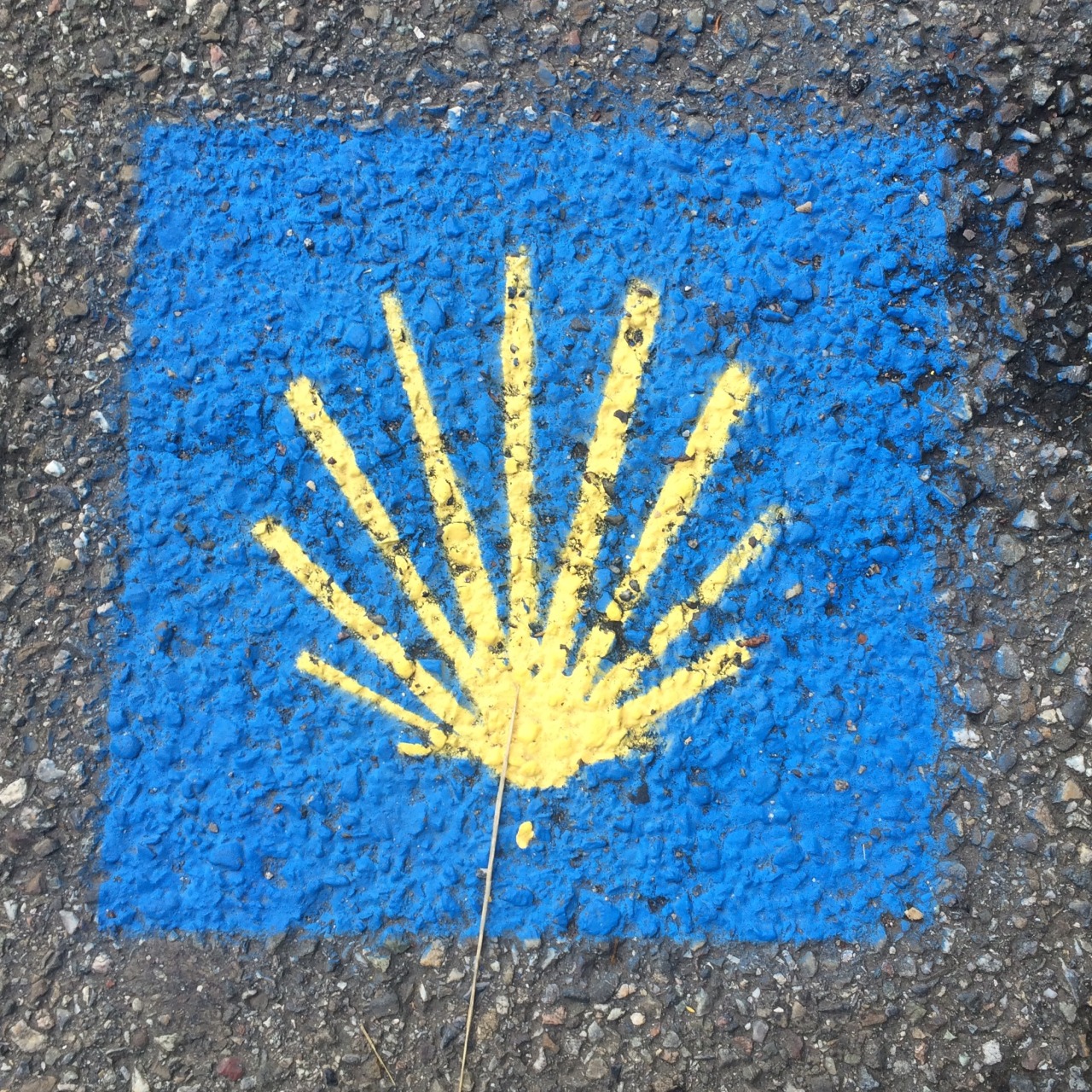 I arrived in town later than I’d hoped after waiting on the platform for two trains that never arrived. I ended up taking the tram, basically a train but with local service only, and got into town some time around 15:00. I stopped in at the Tourist Office to ask about weather conditions and a place to eat; it was a bit chilly and looked like rain, so I wanted something warm. I didn’t find the Italian spot she recommended and instead stepped into a small cafe.

The place was empty, and for a minute I wasn’t sure it was even open. Then someone came around, and with broken Spanish and French, I managed to order a sandwich. Turns out sandwiches here are more like pastries filled with meat and cheese instead of jam. A small lunch. After eating, I ended up I talking for a few hours with Sophie, Alice, and their mother, who run the place and wanted to know more about my trip. It was great company, and only after saying several goodbyes did I leave to find the trail.

I left the cafe heavy hearted. Here I was in France, starting a long and difficult trek on my own and with little sleep or preparation. I felt foolish, homesick, and totally alone. I was overwhelmed by what I’d set myself up for.

Without many other options, I started for a trail that would take me out of town. I walked to a nearby fountain to fill up, finding a marker for the Camino del Santiago on the way (shown above). 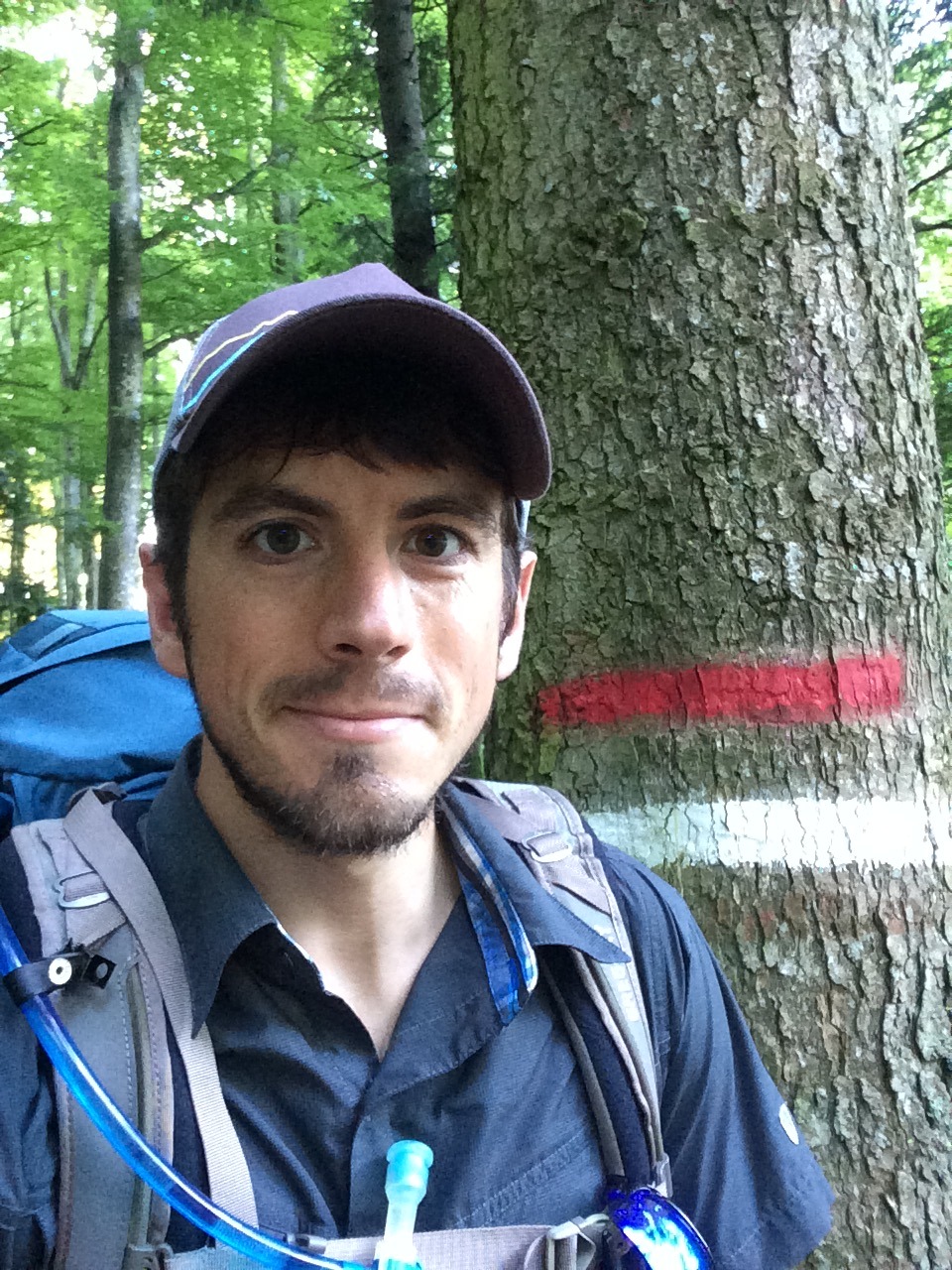 After a little ways of following the road and smaller path, I found my first marker for the GR5. I was excited at first, until I realized that the sign pointed directly up a steep hill covered in wet leaves and loose stones. Great. I climbed at a sharp angle for some hundred or more meters, sliding back a few times and having to take several beaks. Finally the trail broke off from its ascent and I continued a little ways until finding a fallen tree blocking the path. In fact, the path itself seemed to be falling away.

Now, here’s where I made a mistake and learned a lesson I’ll never forget. Instead of walking back, or even checking my map or gps, I crossed over the tree and kept on walking what was a visible but apparently out-of-use trail. After a little ways more, the trail was clearly gone, having become nothing more than an animal track, and I was essentially just walking across a steep hillside. In hindsight, I should’ve realized that I hadn’t seen a trail blaze in a while. Lesson learned: always keep an eye out for trail blazed. I checked the gps and saw that I was on the wrong trail, or really not on a trail at all, standing some ten meters uphill from the GR5.

Bad decision number two: instead of returning to where the (wrong) trail had ended, I chose to try and scrape my way down to the GR5. Now, going back wouldn’t have been easy since I’d already crossed some gnarly parts. But going down wasn’t any better, and I found myself leaning heavily on my poles for support, balancing my pack while testing the stability of clumps of sticks, dirt, and leaves and working my way past uprooted trees and small runoff waterfalls that made the ground slick and untrustworthy.

It was extremely tense. Physically and mentally I was totally exhausted but I had to stay concentrated for every step. For each placement of my poles I kept an eye toward where I could catch myself if I fell (which I did, twice).

Finally I reached the trail. After the horrible start, the actual trail was easy walking, following more or less levelly above a road. I walked an hour or so more before turning off trail near the Col du Hundsruck to set up camp for the night. I hadn’t seen anyone since leaving town except a glimpse of some cyclists flying past downhill. When I tried my headlamp, it didn’t turn on. Must’ve turned itself on inside my pack and drained the batteries. I didn’t have the energy to change them, and instead I just set up camp in the weak moonlight.

I’d found the trail, but I’d lost heart, and my morale was super low. Tired, hungry, scared, alone, and angry at myself, I managed to send a few somewhat desperate messages home before wrapping up in my bag and almost immediately falling asleep.

I wasn’t even bothered by the electro-house music that came out of nowhere, pulsing loudly late into the night from some unseen shelter nearby.