I left the shelter around 10:00 and the trail started with a climb. Past that it was good walking again on forest roads, and I was enjoying myself. The road passed through a logging camp, and so chips and pieces of wood were strewn all around. Big tracks had pressed into the mud and I walked in the middle. All around were full and half cords of woods piled up alongside the path. 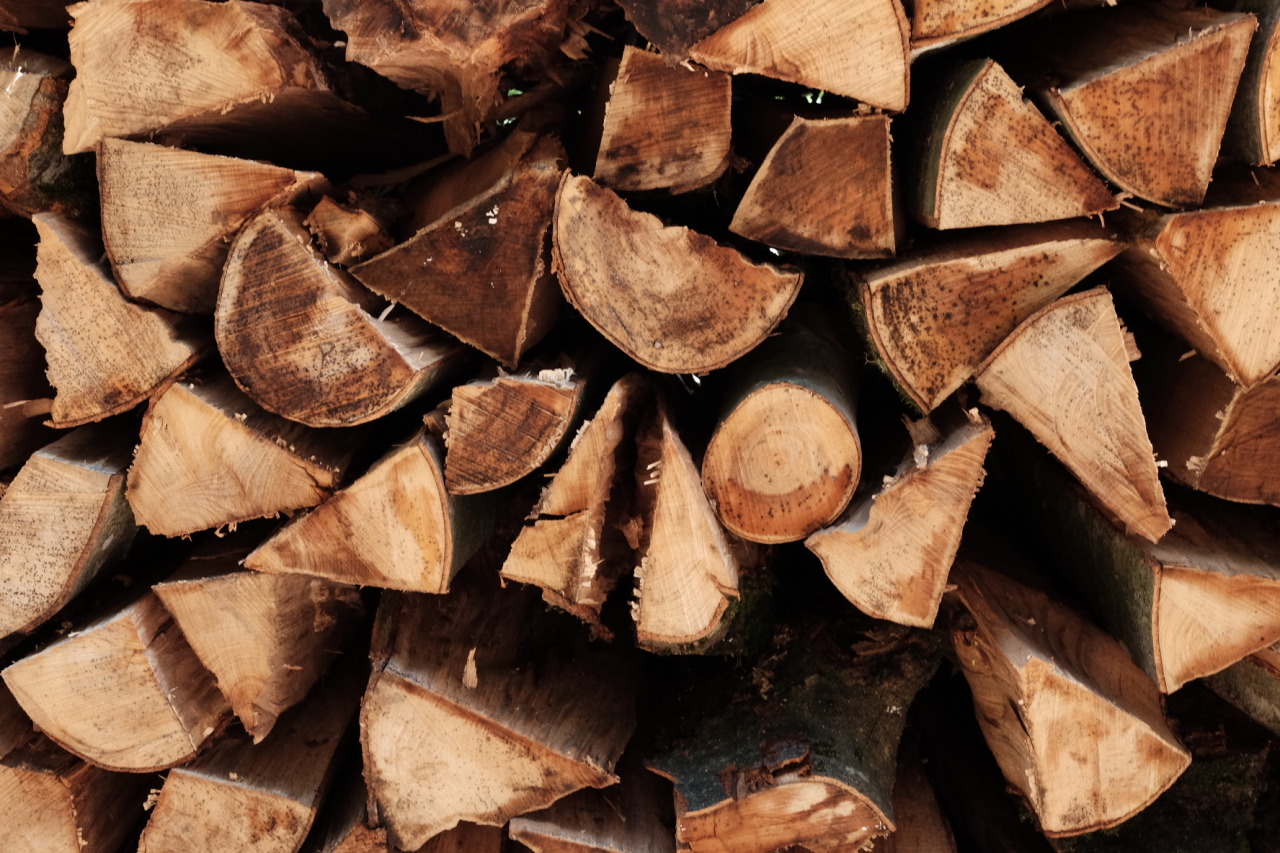 At an intersection, the GR5 turned down a stream bed. It took me a minute to even find the marker, and then I wasn’t sure if I was seeing things right. But, sure enough, a second blaze confirmed that the trail was indeed walking though a stream. It was the first test of how waterproof my shoes really were, and I’m happy to report that my feet stayed dry. I did make a diversion at one point, though, where the water would’ve rolled over the shoes at my ankles and down to my feet.

The stream eventually broke off downhill while the trail kept on. It came to a T, but I didn’t see a blaze giving direction. I walked a little each way and found the next marker to the left, so I laid out some sticks on the ground saying as much for the next person and continued on.

I was walking out of the Vosges and the trail was descending all day. Then, just like that, I was out, and the trail turned into a paved road to walk into town. It being a Monday, stores were closed. Stores and restaurants in France tend to take long weekends. Walking in pavement wasn’t near as much fun as walking in the woods: pavement is harder on your feet, the path is in open sunlight, and things tend to be flat. At least the towns in France are pleasant to look at, with gardens and flowers in each colorful-shuttered, stone home’s yard. French villes tend to all have a fountain in the central square, often beside a Souvenir du France, i.e., a WWII memorial.

I walked through one town (Étueffont) and passed into another (Anjoutey). The trail was headed though some woods for a third and I thought I’d take a break. I had lunch and was catching up on my journal when an older man driving a small (European small) van came by. The van looked worn out and carried landscaping equipment. I did my best to answer his French, but I’m still learning; he was asking about where I was headed, I think. He went on and I returned to my writing.

An hour or so later, he came through again, having completed whatever work he’d set out to do before. Seeing me still there, he swung the van around and opened the door. We managed to figure out how to get to where I was headed for the day, and he motioned me to get in. Well, sure, why not? 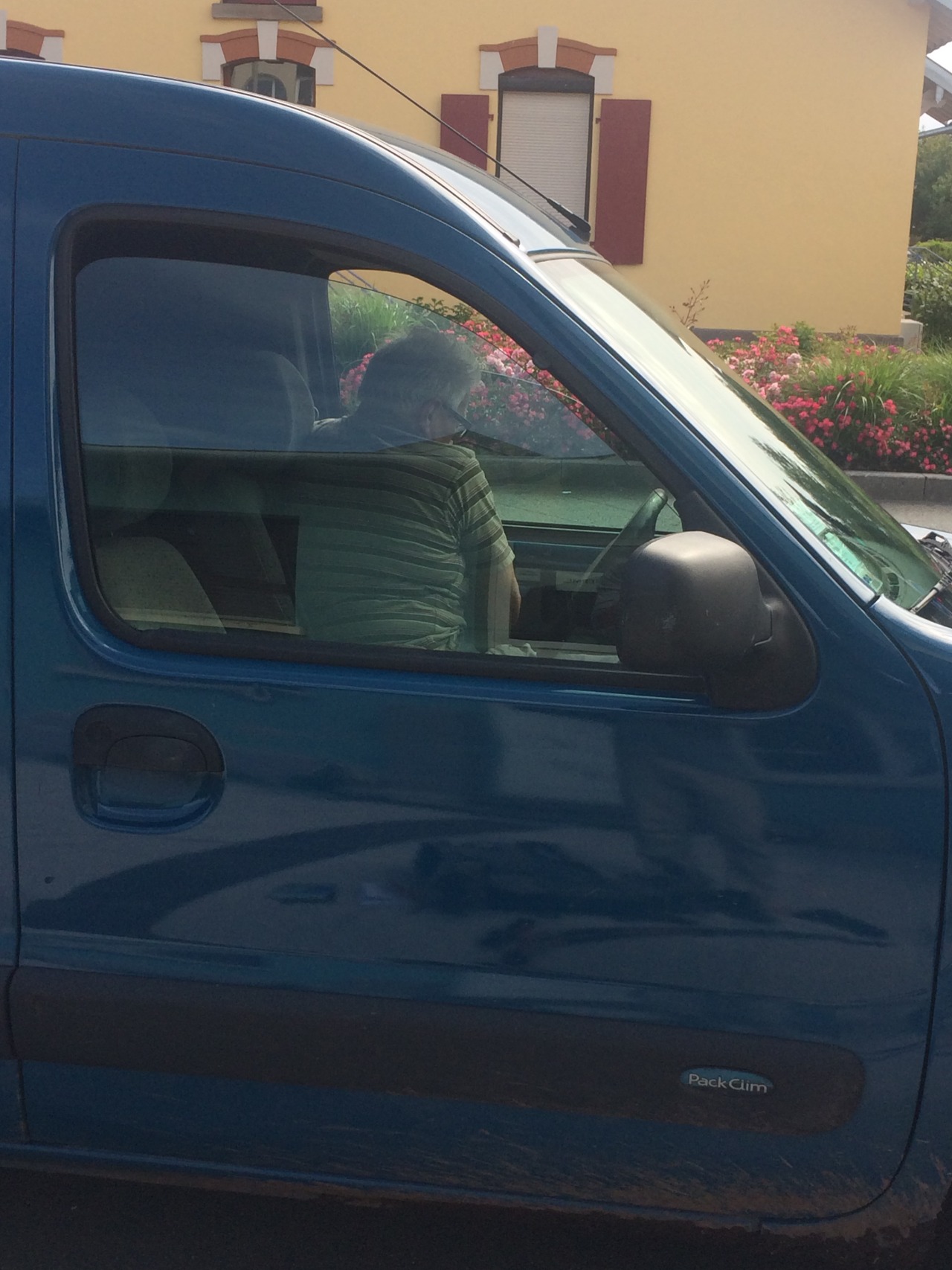 Bernhard, it turns out, owns (or maybe just manages) that part of the forest. He’s 78 years old and seemed to be doing just fine. He kept talking, even though I only caught every few words. He asked about my trip and where I was from, then told me about every path through the forest, pointing out where they started and ended as we drove past. He drove me right to Belfort, only 10 minutes or so but saving me hours. With a wave, he drove off.

Now, Belfort is a larger town in eastern France and not actually on the GR5. It happens to be the home of Joseph and Evelyne, who’d offered to host me for a night. I was certainly happy to see them again. Joseph took me into the city to see the fort/castle and its famous Lion of Belfort, a massive stone sculpture by Frédéric Bartholdi, the same architect who designed the Statue of Liberty. Evelyne prepared an incredible dinner, served as separate courses of radish and carrot-leaf soup (from their garden), a local sausage (like a squat kielbasa) with lentils and the rest of the carrot, salad, bread and a local cheese, strawberries and a thick yogurt, and finally coffee and chocolate. I’d brought a bottle red wine as a thank you, and we talked late into the evening. Here were people I known less than two full days, and already were were good friends. 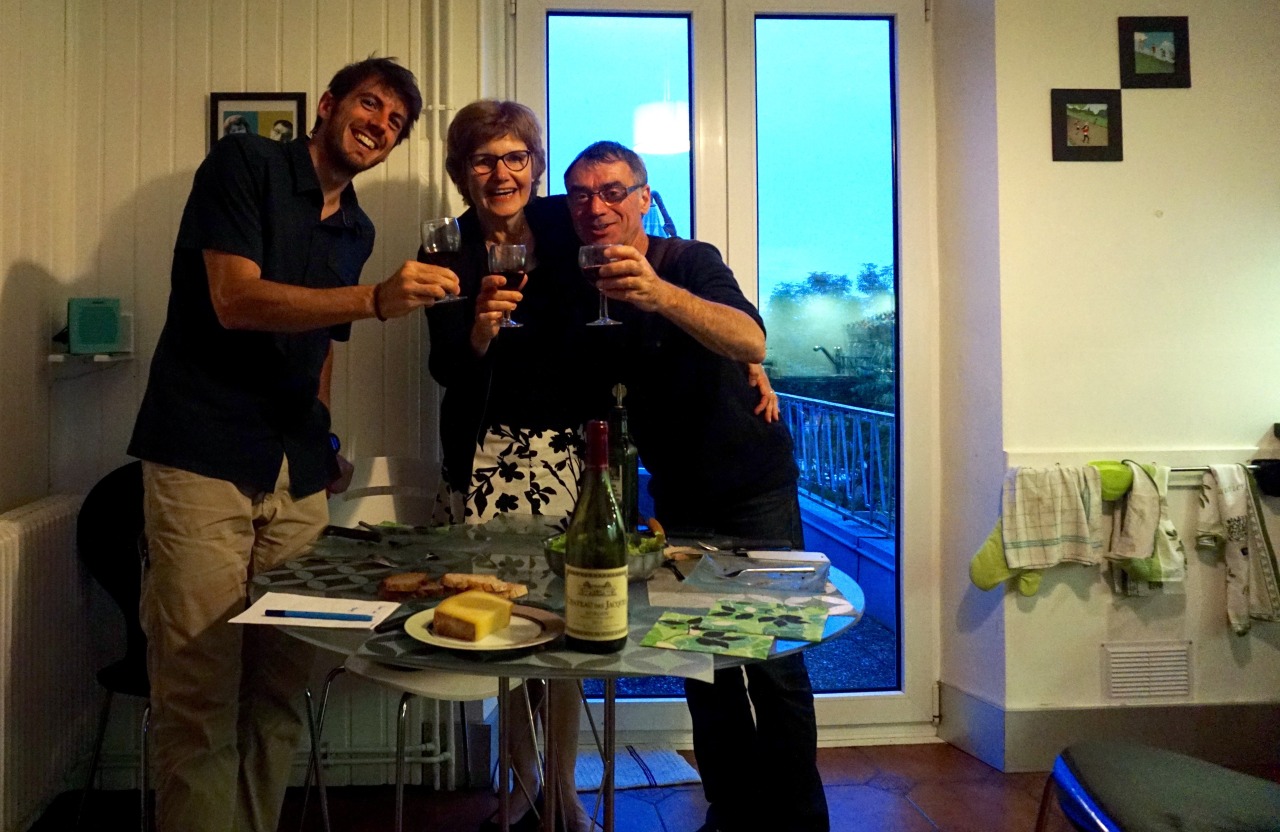