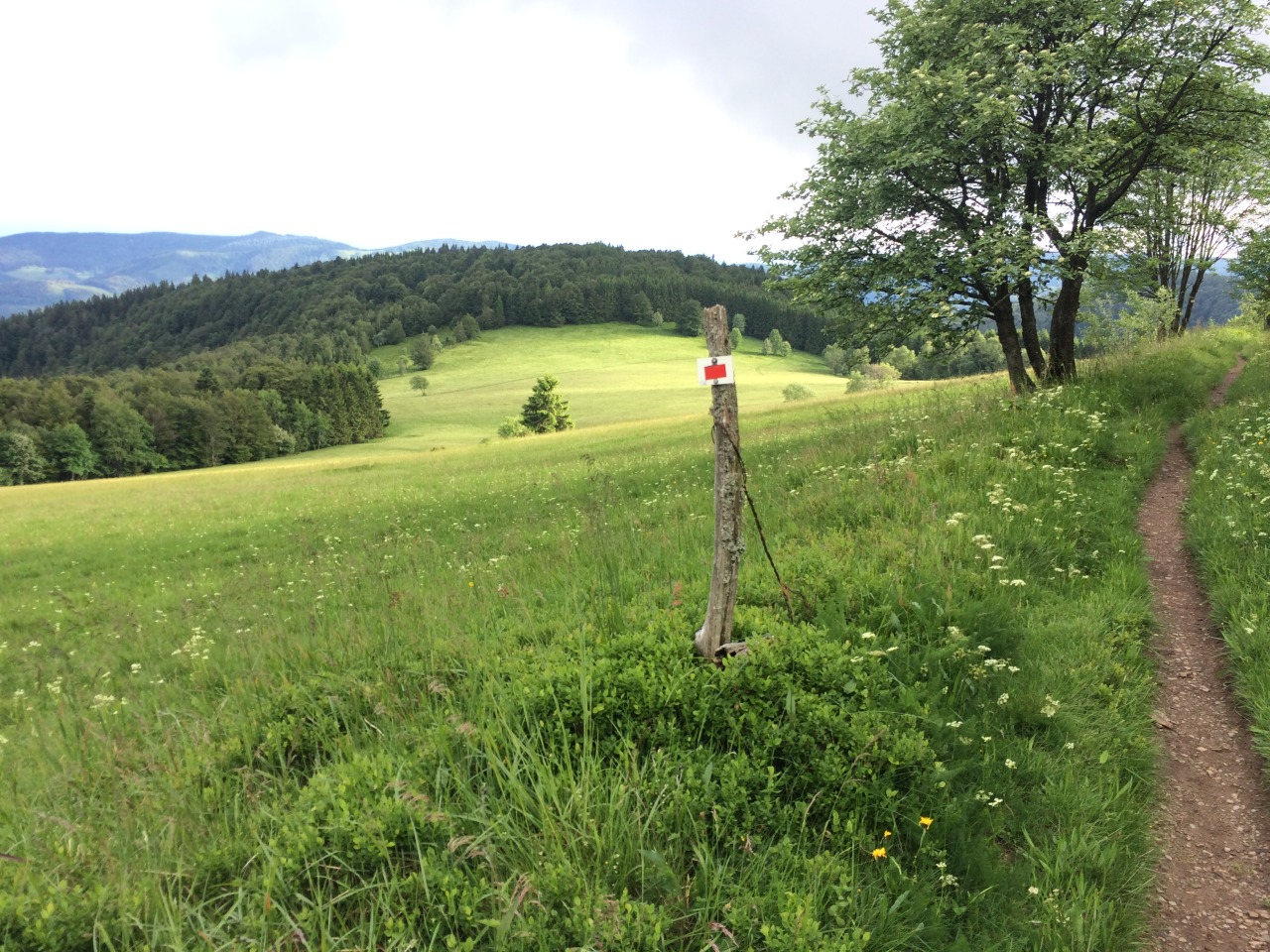 For as bad as yesterday was, today has more than made up the difference. This first day on the trail gave me reason to be out here and courage to continue. Already I’m having the experience of a lifetime. What a difference a day makes!

I started walking about 10:30 in the morning, letting myself sleep in since I was still tired from the day before. As in Grunewald, once I’d started hiking things started to feel alright again. I found a sign for the GR5 that was also a geocache and added my name to the list of others who’d passed by that spot.

Around noon the skies turned gray and I stopped to grab my rain jacket. Just as it started raining, two men came up the path and the three of us walked together to a refuge nearby. Cédric and Dustin were managing the refuge for the weekend, along with Dustin’s wife Kezeban. Dustin spoke rough English, and I very poor French, but we all got along fine and waited out the rain. 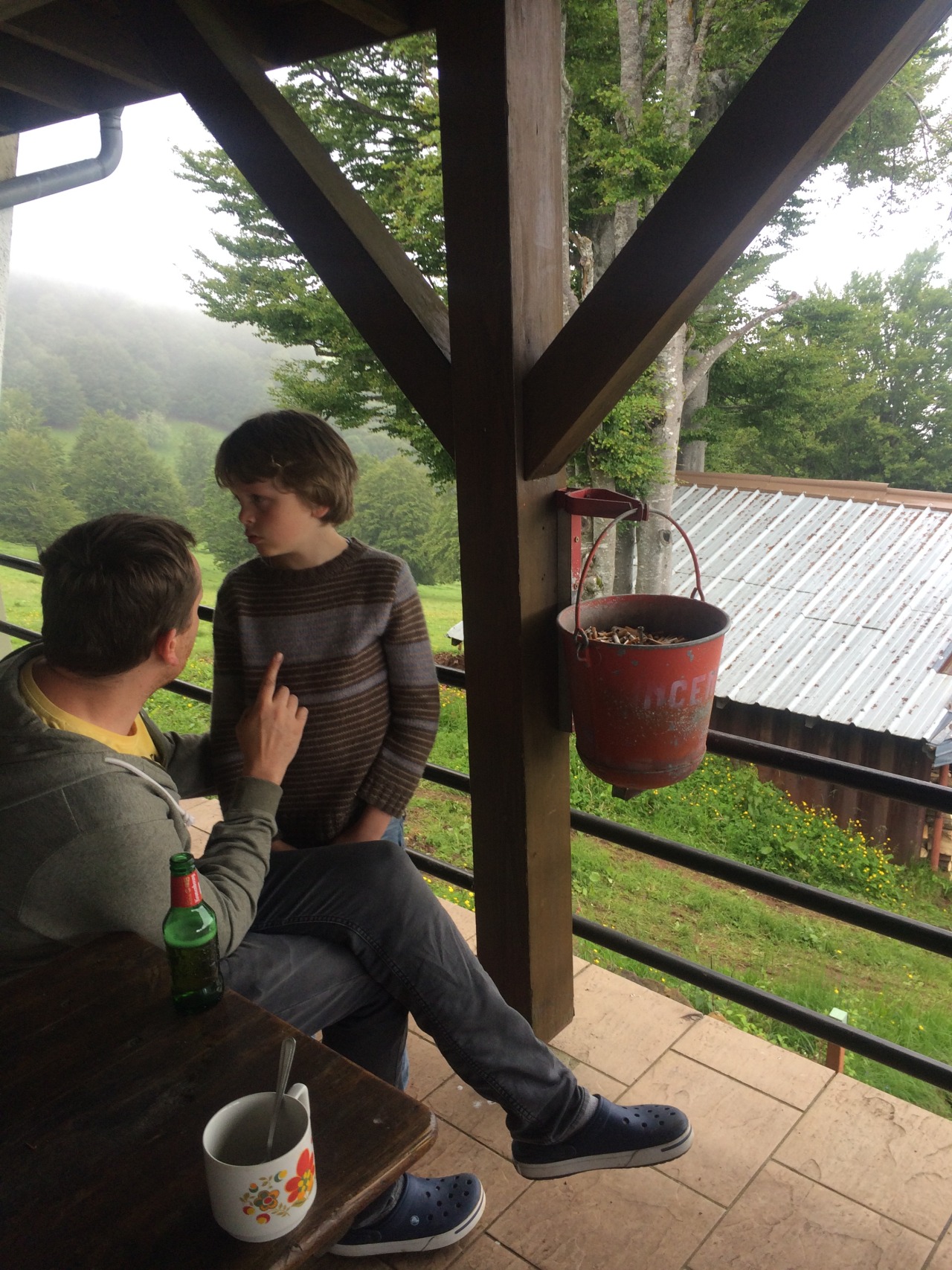 Kezeban made a simple lunch of toasted bread with red sauce and cheese—far better than the oatmeal I had planned. We shared a bottle of local Alsace wine and enjoyed one another’s company.

I left in the late afternoon, once the passing showers seemed to’ve worn themselves out. The loneliness and fear I’d felt just the day before had worn itself out as well, and I was already feeling at home on the trail and in the company of good people.

The trail passed beside farm pastures thick with mud and cow pies. It soon entered a forest following a hillside, and at every pass there were beautiful views down through the valleys to small villes scattered among the mountains. I crossed paths with a few other other hikers, but each time we were going different directions and didn’t talk long.

A little ways on I checked my route and saw that I’d once again left the GR5. Frustrating. There are many connecting trails in this area, and even though I was following blazes, there are two trails that have very similar signs and I’d mixed them up. Fortunately the map showed that the trails merged a few kilometers ahead, so I didn’t have to turn around. Near the intersection, I took a short rest at an abril (a small wilderness shelter) and signed the logbook there, paging through the notes written (in French) by others who’d taken rest. Then it was a tough climb up to a loose scree trail above Lac des Perches. 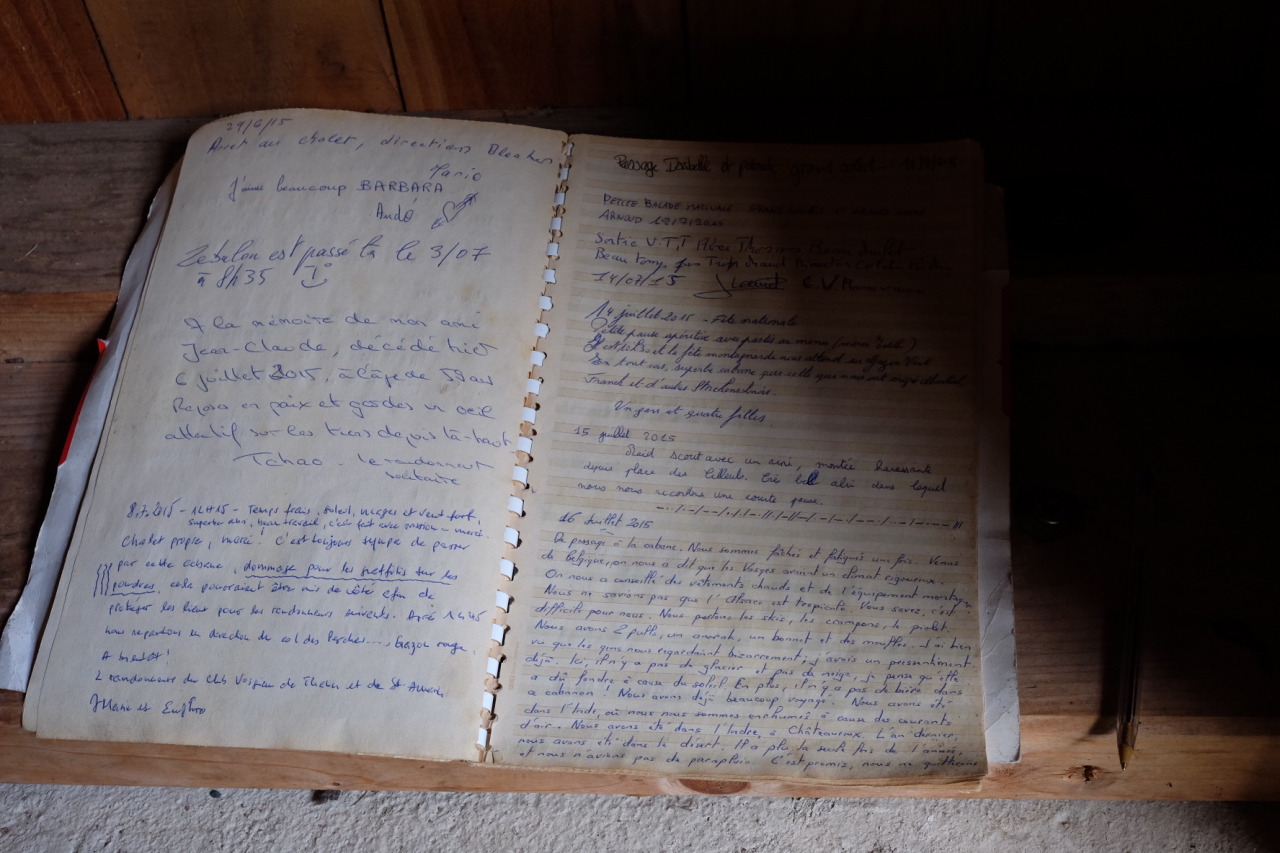 The view over the lake and surrounding valley was gorgeous. The path was a bit precarious and cable handrails were provided for a few sections. Never before have I experienced such near-vertigo, where the ground directly beneath felt like it was moving separately from the rocks below. I held the cords and watched my step.

Looking out at the lake, I thought of Ravi, a hiker whose blog I read while preparing for my own trip, and recalled that he had camped near the lakeside back in 2009. All these shared experiences with people who’ve passed through a place before me. There must be a word for connecting with someone you’ve never met.

Past the lake was more forest walking, which happens to be my favorite. I came upon a larger group of retiree hikers and stopped to say hello. They were also walking the GR5, for a little ways only, and I joined rank with them.

In this part of France, it seems rather uncommon to know English, which is fine by me but does make conversation a bit more difficult. Fortunately, hiking is an activity where silence has as much a part as talking, so no one minded the difference of language. They were surprised to hear that I planned to walk all the way to Menton, and wished me “Bon courage!”

Walking with the group, I realized I’d once again left the GR5. This time though, I wasn’t concerned. It was the end of the day and I was in good spirits, having met many excellent people and having enjoyed the walking. I followed the group to Ferme Auberge du Grasson, where they were staying for the night. A Ferme Auberge is a farmhouse hotel that serves dinner, usually includes breakfast in the morning, and has shared rooms for sleeping. Something like a hostel combined with a bed and breakfast. I didn’t have enough for the full account, but the manager said it was fine to pay for dinner only and sleep in the tent outside.

The group I’d found made space for me at their table, and we all enjoyed a satisfying, three course meal—soup, roast beef and potatoes, salad, bread and cheese, and pie. Of course there was wine as well, a local white and a red from Bourgogne. The food was excellent, the new friendships that much more. 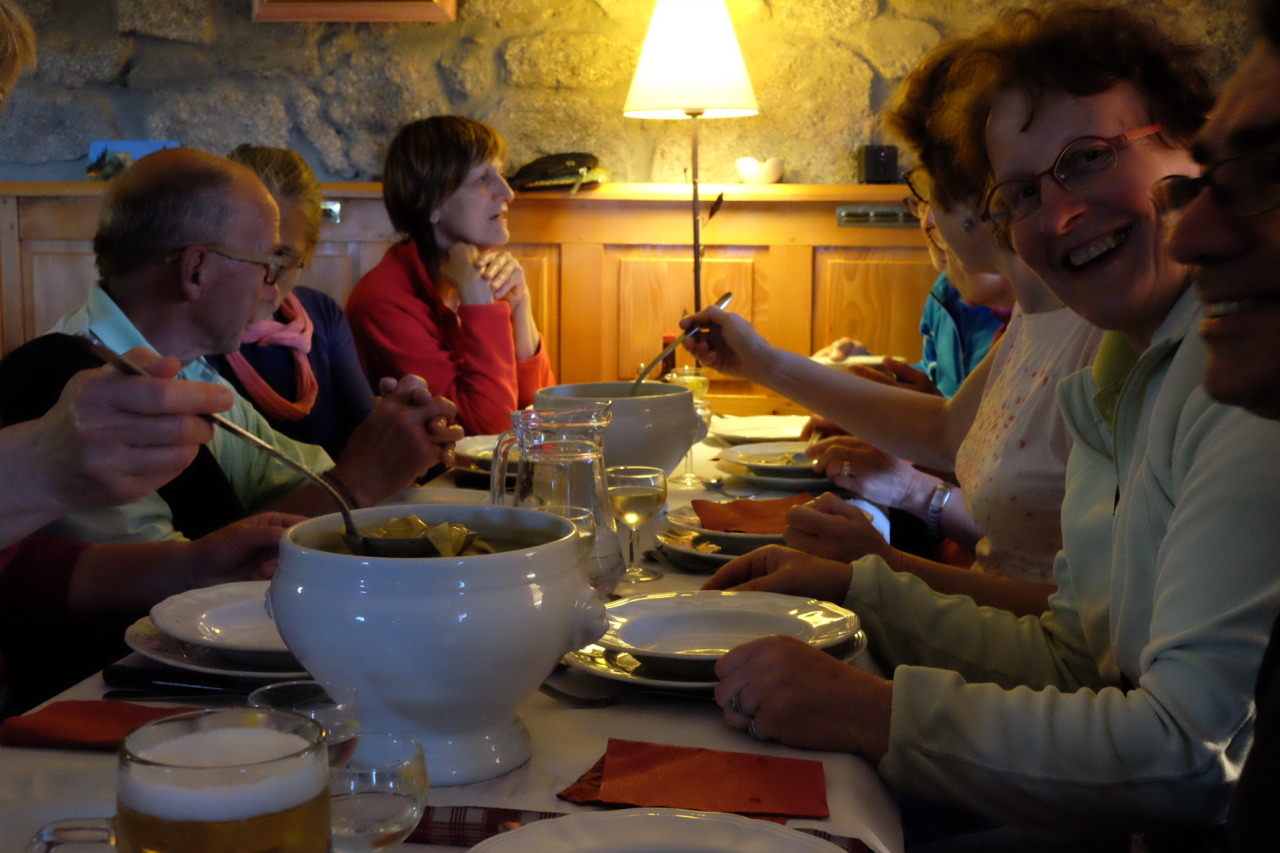 It turns out that this group travels together a fair amount, and had done a trek in Nepal last year. I hadn’t meant to crash their reunion! They were happy to share it. After dinner we had tea and coffee, then the group brought out photo albums from their other trip. I loved hearing their stories and seeing their photos.

It was now quite late, and people drifted off toward the dormitory to go to bed. I went to grab my backpack but was stopped by a different manager, who told me that they had a bed open and I that he wanted me to use it. No charge. And never mind about dinner, we could settle that in the morning.

It is with untold joy to meet such kind and generous people. I am deeply thankful.