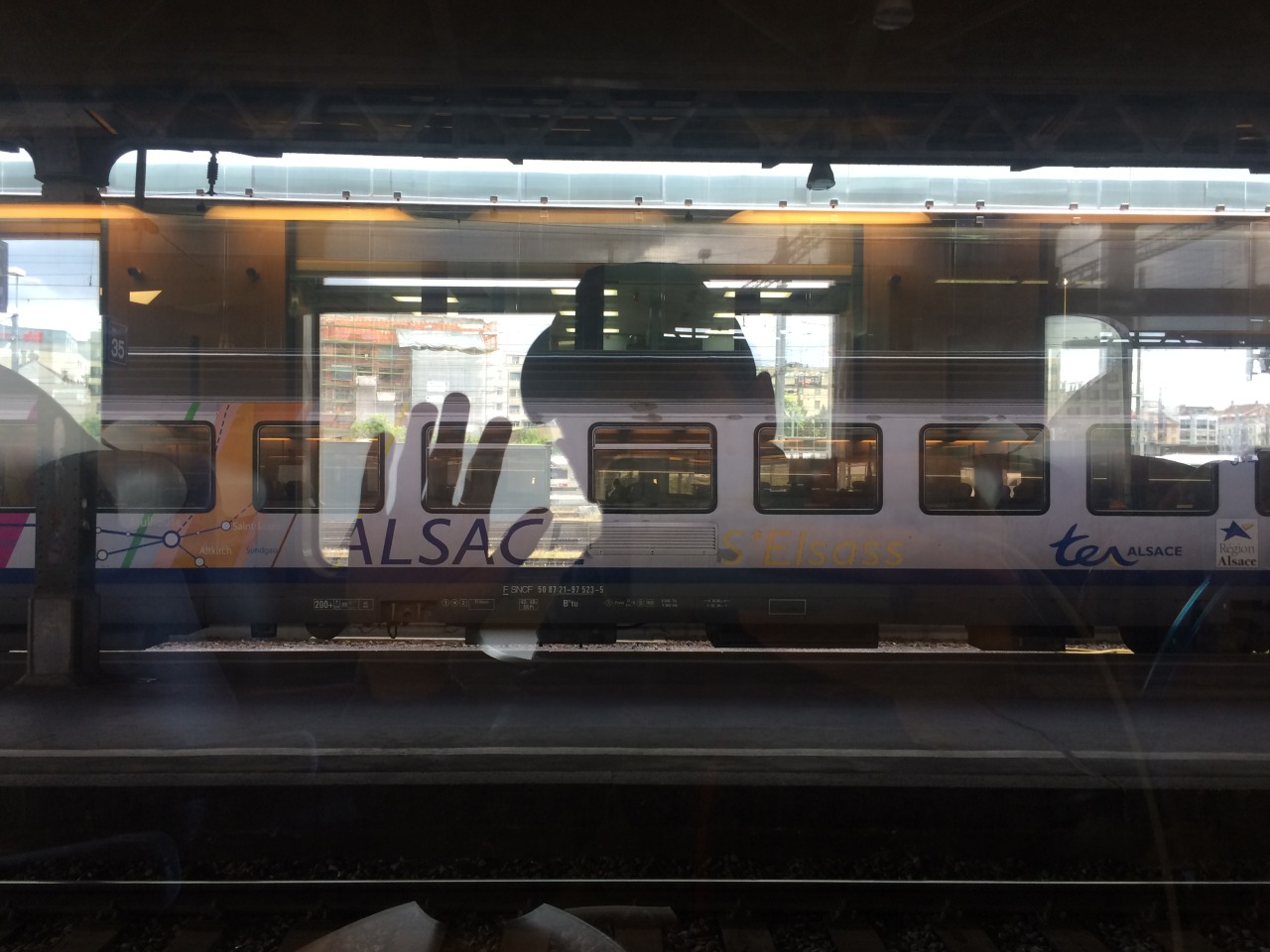 Almost missed the train this morning. They sure don’t stay in the station for long. Fortunately, even though it was just passing 4:30 in the morning, I wasn’t the only one trying to catch the train, and a small group of us just managed to get on board. The train rolled out of the station into another rainy Berlin morning, heading southwest to Basel. I settled in for the long ride.

I started to go through my guidebook another time but it wasn’t long before I fell asleep. I’ve been staying up late the past few nights, and even though I kept waking up at each stop, it was a needed rest. The train was busier than I expected for a Friday morning and my car was full most of the way. I might’ve tried to talk with my neighbor if only I could have kept my eyes open. I wasn’t hearing any English anyway.

As we got closer to Switzerland, more people carrying backpacks started to get on. I wondered which trails they might be headed for. My pack seemed the biggest: most Europeans use the refuges and go on shorter trips rather than wild camp or hike for so long. Probably I’ll appreciate that method more in a few days.

It’s still early in the season for hiking, and the weather in France is wet and cold. The forecast for the next several days is rain, which makes for a discouraging start. I knew I would hit rain hiking for so long, but having it rain all the first week is especially tough. For the moment it’s only cloudy, so I’ll take it.

I’m writing this from the platform in Mulhouse, a short way from my starting point in Thann. My final connecting train never arrived (not sure what happened), so I’m waiting for the next one to come though. At least they’re fairly frequent. Once I reach Thann I’ll grab something to eat and then try to put a few miles in. This first part of my trek is pretty loose and I’m just trying to build strength and get in a rhythm before the much more challenging Alps section.